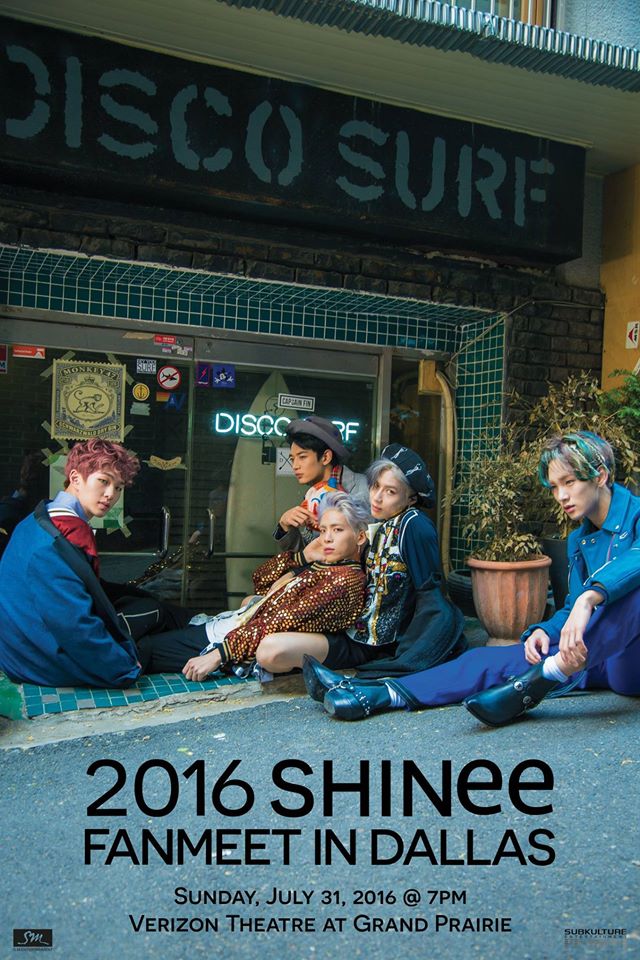 SHINee To Hold Their Second U.S. Fanmeet In Dallas Next Month

If you weren’t able to see SHINee in Chicago last month, you’re in luck – the group will be returning to the United States for a second fanmeet in Dallas!

Concert producer SubKulture Entertainment announced the fanmeet just after 12 p.m. PST on June 16. Dallas will be hosting SHINee at the Verizon Theatre at Grand Prairie on Sunday, July 31 at 7 p.m. CST. The Dallas stop comes after SHINee held a wildly successful, first-ever fanmeet in Chicago on May 8.

According to the announcement, tickets will be going on sale soon, though further details haven’t yet been announced. Be sure to be on the lookout for more details at the SubKulture Entertainment Facebook page.

Shawols, are you ready to see SHINee in Dallas? Check out our interview with SHINee to get yourself pumped!