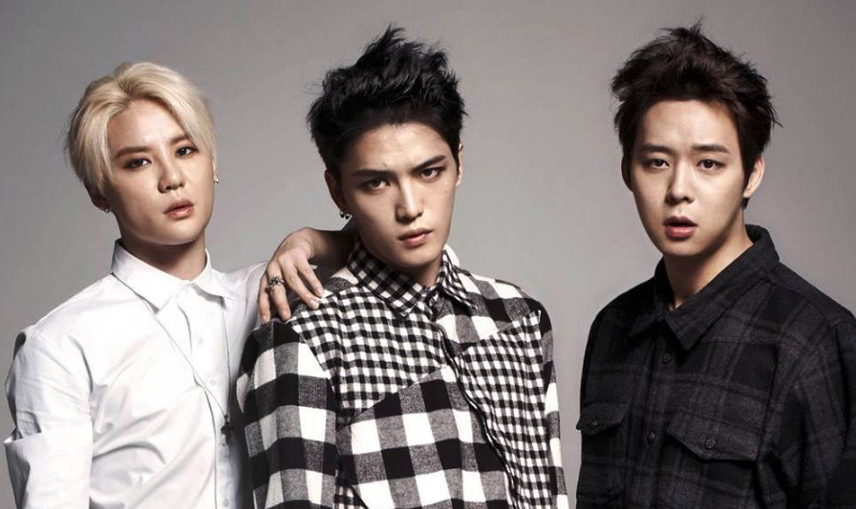 On June 17, DC JYJ Gallery posted an official statement regarding their support for JYJ and Park Yoochun.

Below are the contents of their announcement:

“2. We criticize Park Yoochun who has stirred up scandals in society. We will boycott any activities and contents related to him from now on.

“3. DC JYJ Gallery has supported Kim Jaejoong, Park Yoochun, and Kim Junsu since they sued their former agency for unjust contracts in 2009. One of the reasons why we’ve been with them for seven years is because we believed it was right for them to undauntedly fight unjust actions.

“However, since Park Yoochun entered an establishment that sells sex, it is illogical for fans who have helped overthrow unjustness to support him.

“JYJ Gallery will withdraw all of the support that has been given to this member.

“4. We will work hard to eradicate any speculations and slander that is unrelated to the truth concerning members Kim Jaejoong and Kim Junsu.

5. Lastly, we’d like to express deep disappointment and anger at Park Yoochun who has trampled over 13-years worth of trust and the youth of fans.” 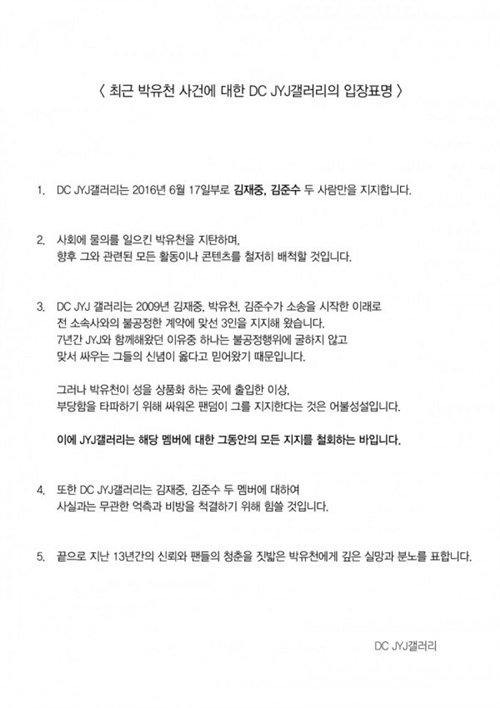 Previously, Park Yoochun was accused of sexual assault by individuals called “A” and Ms. Lee. Both individuals stated that Park Yoochun sexually assaulted them in the bathrooms of adult entertainment establishments/liquor bars. Ms. Lee has since dropped charges. The police has created a special taskforce to spearhead the investigations for these two cases.