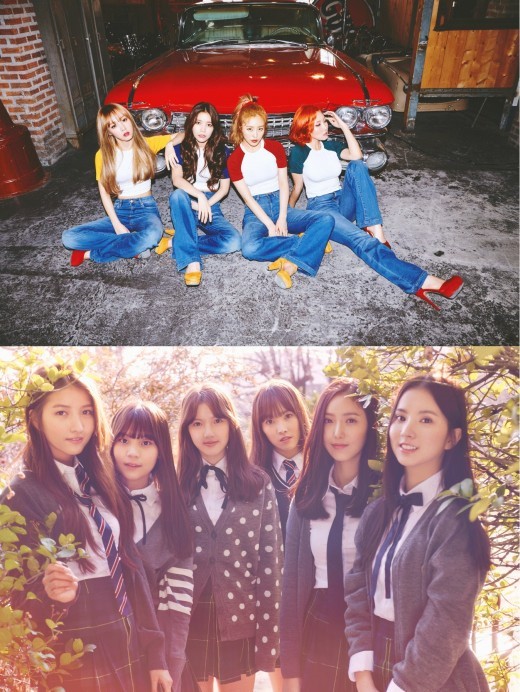 MAMAMOO And GFRIEND To Star In New Season of “Showtime”

MAMAMOO and GFRIEND are the next two idol groups to star in MBC’s variety program “Showtime”!

On June 17, an MBC representative stated, “MAMAMOO and GFRIEND, who are unlike rookies in their singing abilities and popularity, have been confirmed as the stars of the seventh season of ‘Showtime.’”

The statement continued, “Through our ‘lifestyle-based variety,’ we will show the hidden charms of each member of both MAMAMOO and GFRIEND in their private lives, just as they are.” In particular, there is much anticipation for Q&A sessions, where curious viewers are able to find out more about the groups.

Previous seasons of the variety show have featured EXO, EXID, INFINITE, SISTAR, BEAST, and A Pink. The newest season of “Showtime” is set to air in July.

MAMAMOO
GFRIEND
Showtime
MBC
How does this article make you feel?