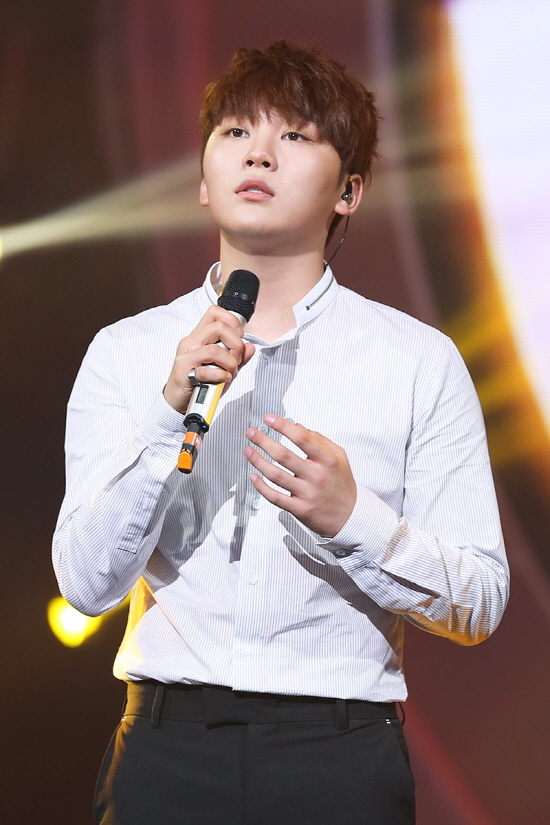 SEVENTEEN’s main vocal Seungkwan will be showcasing his talent on an upcoming episode of MBC’s “Duet Song Festival.”

The singer is set to appear on the June 17 episode of the show, this time to sing and compete, after having joined the show’s panel twice. He previously expressed that he wanted to appear on the show as a singer, and that dream has finally come true.

At 18 years old (19 in Korean reckoning), Seungkwan is the youngest contestant among all of the singers who have competed on “Duet Song Festival” thus far. During filming, he blew the audience away with an unbelievably flawless performance.

After watching Seungkwan make a huge impression on senior singers and display great teamwork with his duet partner, MC Sung Si Kyung commented, “It’s hard to believe those vocals and emotions came from a 19-year-old.”

The SEVENTEEN member showed his youthful energy as he enthusiastically filmed his first solo competition program, and even sang the well-known songs of past “Duet Song Festival” contestants like a jukebox on his way to meet his duet partner.

Meanwhile, on the same episode, panel members Tzuyu and Jihyo of girl group TWICE gave a special cheer for “Duet Song Festival.” Before the competition began, the girls eased the nervousness of their fellow singers with some aegyo by performing the famous “shy shy shy” cut from their hit song “Cheer Up.”

SEVENTEEN
Seungkwan
Duet Song Festival
How does this article make you feel?