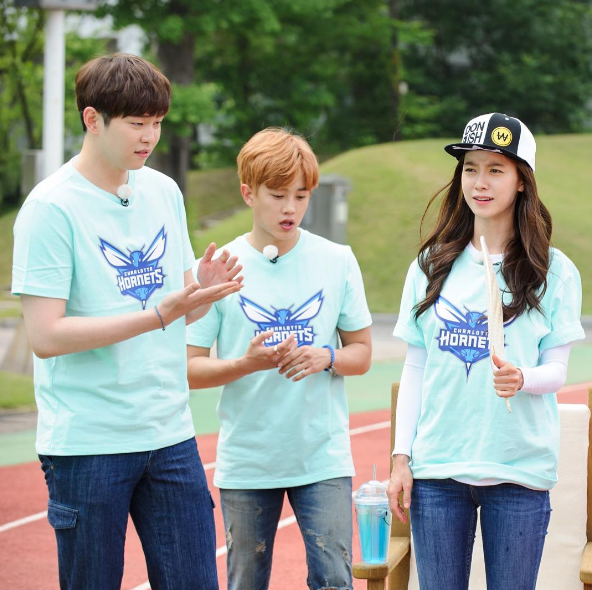 Song Ji Hyo and actor Yoon Kyun Sang are in for a romantic time together on the upcoming episode of “Running Man.”

During the opening of the show, Yoon Kyun Sang reveals that he is a fan of Song Ji Hyo. He vows to obey her every command, while imitating Moo Hyul, his character from “Six Flying Dragons.”

Even though it’s just one betrayal after another as the members complete missions, the actor remains loyal to Song Ji Hyo and stays by her side.

However, something happens during the middle of the show that cause them to go their separate ways, and become star-crossed lovers in hopes of winning.

To find out what happens to Song Ji Hyo and Yoon Kyun Sang, watch the next episode of “Running Man” on June 19 at 6:30 p.m. KST.

You can catch up on the latest episode of the show on Viki: