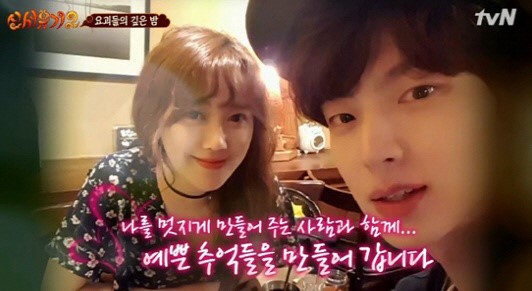 During the June 17 broadcast of “New Journey to the West 2,” Ahn Jae Hyun reveals how he faced a lot of opposition from people when he said he wanted to get married to Ku Hye Sun.

While talking to his fellow cast members over a meal, the actor confesses, “I’m really thankful to you all for congratulating me when I said I was going to get married. You guys were the first ones to congratulate me, and even prepared gifts. I was really touched.” 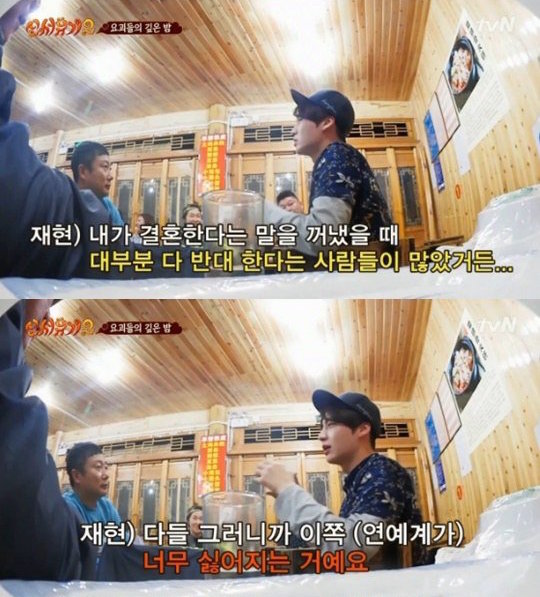 He reveals how most people opposed his decision to marry early, and would tell him things like how he’s too young, or he should be concentrating on his work and worry about his image.

Ahn Jae Hyun explains, “Because of that, I ended up really disliking the entertainment industry. I just wanted to make more memories with that person and celebrate our one year anniversary as husband and wife, as well as our 10th and 30th anniversaries, as soon as possible.”

Meanwhile, Ahn Jae Hyun and Ku Hye Sun got married on May 21, and donated to Severance Children Hospital in lieu of a wedding ceremony.

Ahn Jae Hyun
Ku Hye Sun
New Journey to the West 2
How does this article make you feel?