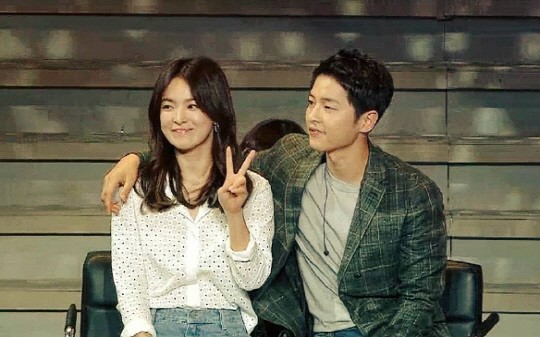 Song Hye Kyo has made a surprise appearance in Song Joong Ki’s fan meeting in China!

She continued, “I had a sense of Song Joong Ki’s popularity through the internet and news articles, but actually coming here and seeing this for myself makes me feel happier and more nervous than him.” 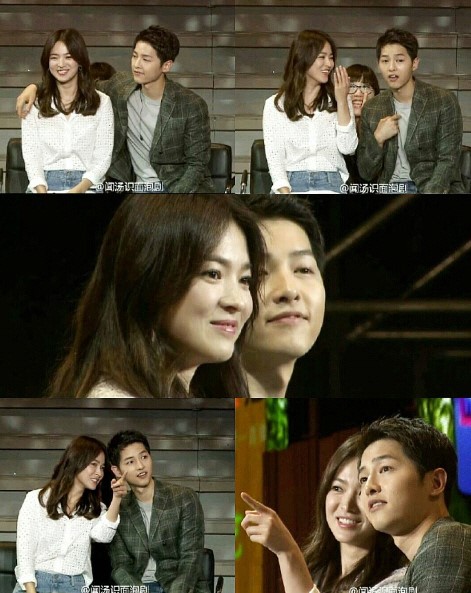 To this, Song Joong Ki said, “The reaction wasn’t this welcoming when I was here with Kwangsoo last week. This is the first time seeing Song Hye Kyo in China. You’re really pretty.”

During the fan meeting, Song Hye Kyo talked about Song Joong Ki’s first impressions, explaining, “I was looking forward to meeting him since so many people told me good things about him, and it turned out that he was an even better person than I’d thought. He’s very sincere and thoughtful when filming. I think he’s really cool.” 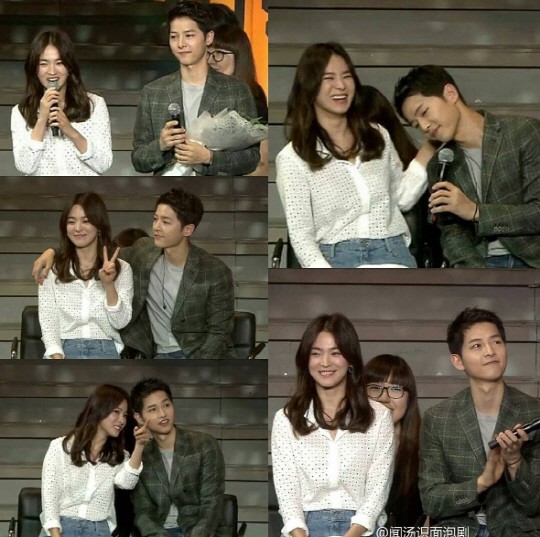 Song Joong Ki and Song Hye Kyo also did various events at this fan meeting, including playing mini-games, hosting mini talk shows, gazing lovingly into each others’ eyes, and more.

Do you miss the Song-Song couple?