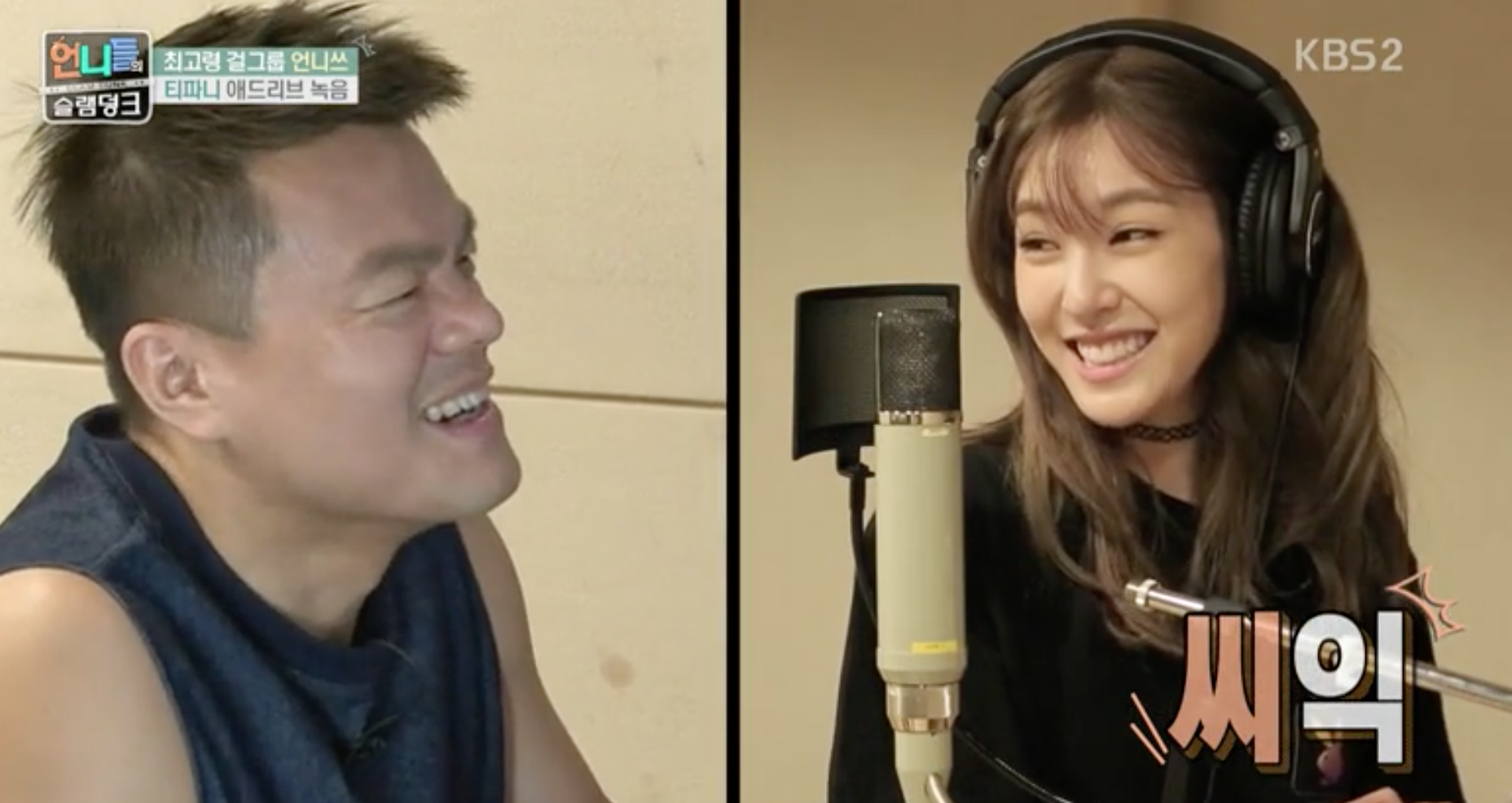 JYP Encourages Tiffany In Her Singing On “Sister’s Slam Dunk”

On the June 17 broadcast of KBS 2TV’s “Sister’s Slam Dunk,” the cast members take to the recording studio with producer Park Jin Young.

Girls’ Generation’s Tiffany arrives fully prepared for her recording session in the recording booth, armed with notes and medicine for her throat. 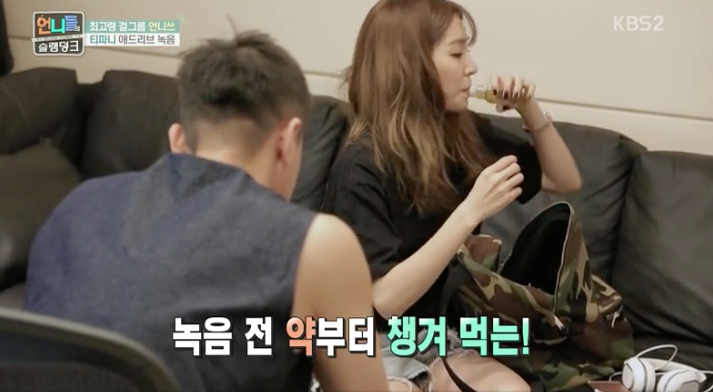 Although Tiffany isn’t completely happy with her takes, Park Jin Young encourages her saying, “Compared to last time, I’m getting a sound that much more pleasant to the ears and really smooth.”

Tiffany jokes, “I guess I have developed some air [in my voice],” referring to the half-air and half-sound singing style that Park Jin Young teaches to those under his tutelage.

Tiffany continues with the ad libs, for which Park Jin Young gives her a score of 100, but she is dissatisfied. 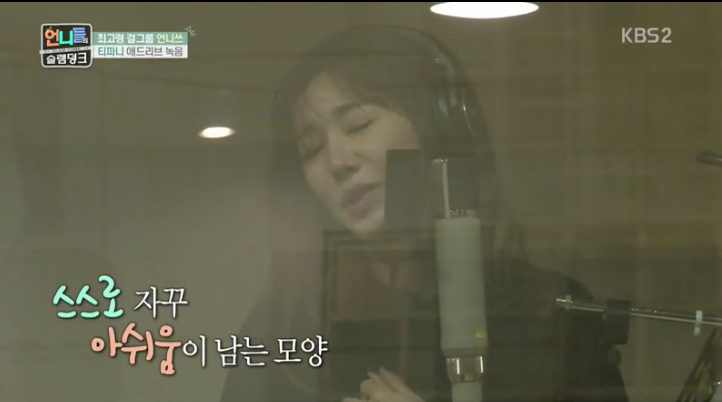 “I’m kind of having a blank out because I’m not singing well due to my poor condition right now. I can’t even give myself a score of 20.” Tiffany says.

“Trust me,” Park Jin Young responds. “If you listen to it later, you will not think that at all.”