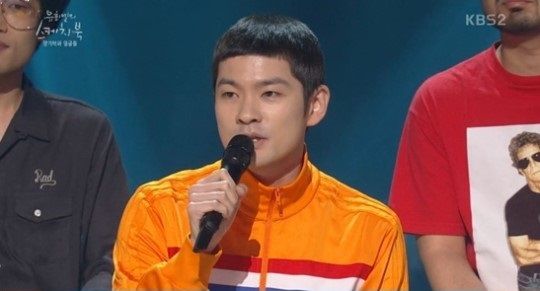 Jang Kiha talks about his new hairstyle and what IU thinks about it.

Lead vocal Jang Kiha says, “I thought I knew what you wanted me to talk about, but I didn’t know it would be about my bowl cut.”

He explains, “There’s a musician I really like named Lou Reed. He had this haircut when he was young, so I’m paying homage to him.”

The audience cracks up when MC Yoo Hee Yeol comments, “That haircut is clearly from Star Trek.” 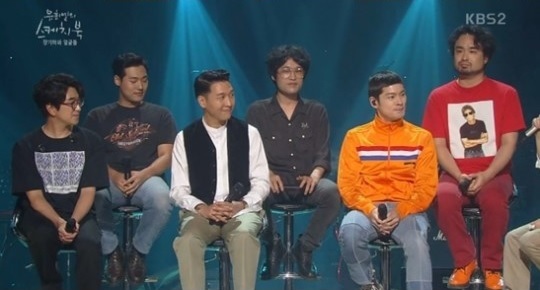 Jang Kiha then discusses the reactions his bowl cut has received from people. He shares that once, upon entering the stage during a big festival, someone from the audience saw him and said, “What’s that?”

He continues, “It seems to be receiving mixed reviews. I like it.”

Yoo Hee Yeol then asks him, “What did she say?” referring to singer IU, Jang Kiha’s girlfriend. The singer becomes bashful and answers, “She said it was cute.”