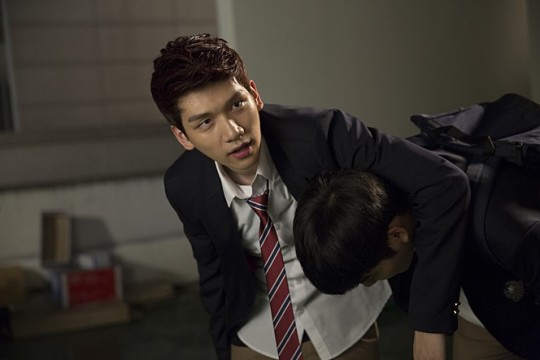 The rookie actor’s agency, Jellyfish Entertainment, announced on June 17 was awarded the Best Action Newcomer award for his role in the 2016 action-comedy film “Chasing” at the Shanghai International Film Festival the previous day. The award has special significance, as this week is the Jackie Chan Action Movie Week at the film festival.

Although Hyuk was unable to attend the awards ceremony in person, he expressed his gratitude via his social media. He wrote on Twitter, “Although it’s unfortunate that I was unable to receive this award in person, this is the first trophy I received as an actor, so it’s quite meaningful to me!! Best New Actor award, tada!!” He also shared a photo of the award.

A representative of Jellyfish stated, “Hyuk had the honor of being the only Korean actor to receive an award out of many outstanding global stars. Right now, he’s the focus of great attention by many in the film industry.”

Congratulations to Hyuk for the prestigious award!

VIXX
Hyuk
Shanghai International Film Festival
How does this article make you feel?