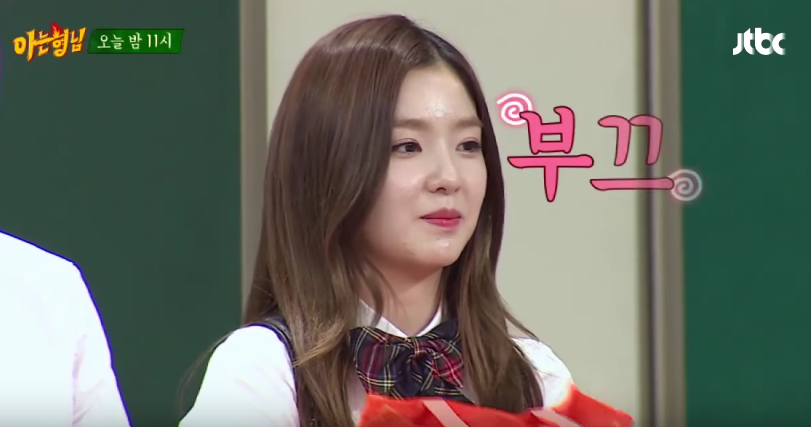 On the June 18 episode of JTBC variety show “Ask Us Anything,” SHINee’s Jonghyun and Red Velvet’s Irene make a guest appearance.

During her introduction, SM sunbae Kim Heechul of Super Junior chimes in, “Irene is considered the prettiest idol of the existing girl groups.”

The cast members agree. “I do think you’re the prettiest out of all the girl groups,” Lee Soo Geun says.

Jonghyun adds, “Her voice is nice too.”

Another cast member chimes in, “a classic beauty,” to which Irene snorts but expresses her gratitude nonetheless.

Do you agree with the “Ask Us Anything” cast?