HyunA Turned Down Role In Highly-Acclaimed Korean Thriller “The Wailing”

On the June 19 broadcast of MBC’s “Section TV,” reporters discussed some behind-the-scenes stories regarding casting for dramas and films.

One reporter revealed that actress Chun Woo Hee’s role in the highly-acclaimed thriller “The Wailing” — also starring Hwang Jung Min — was originally supposed to go to HyunA. Director Na Hong Jin approached HyunA about doing the film, but she turned it down, saying that she has no acting experience and that she feels too much pressure participating in a film. 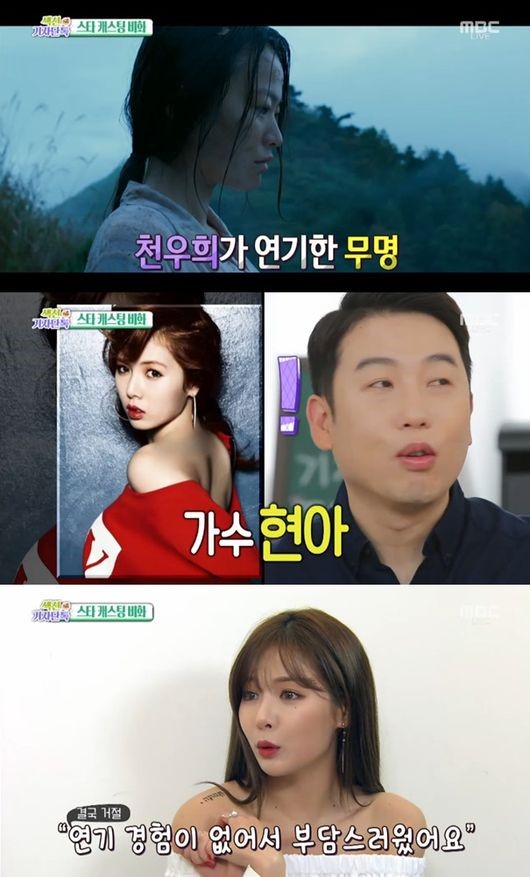 HyunA
Na Hong Jin
How does this article make you feel?