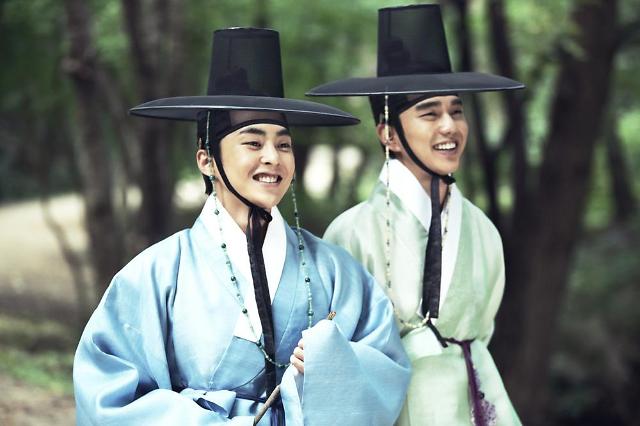 “Kim Sun Dal” is a historical heist film about the legendary con man Kim Sun Dal, who fools the king in order to sell off the ownerless Taedong River.

In the film, Yoo Seung Ho plays the infamous Kim Sun Dal, while EXO’s Xiumin makes his big screen debut as Gyun Yi, a wannabe con man who looks up to Kim Sun Dal like an older brother.

While his character Kim Sun Dal is actually older than Xiumin’s Gyun Yi, in real life, the actor, born in 1993, is actually younger than the idol member, who was born in 1990.

Yoo Seung Ho says, “When I first saw him, I thought Xiumin was younger than me based on appearances alone. I learned he was actually older than me by three years after searching online. I was actually a little intimidated when we first met because of his sharp eyes. However, after filming together and talking more with him, his eyes started to look more mischievous rather than sharp.”

The actor also praises his co-star, explaining, “Something I really liked is he really felt like an older brother to me in real life. He’s energetic and likes to joke around. He played the part of ‘Gyun Yi’ really well also. Since he would act cute as if he was really younger, I feel like I was able to portray being the older one more easily.”

“Kim Sun Dal” will be released in South Korean theaters on July 6.