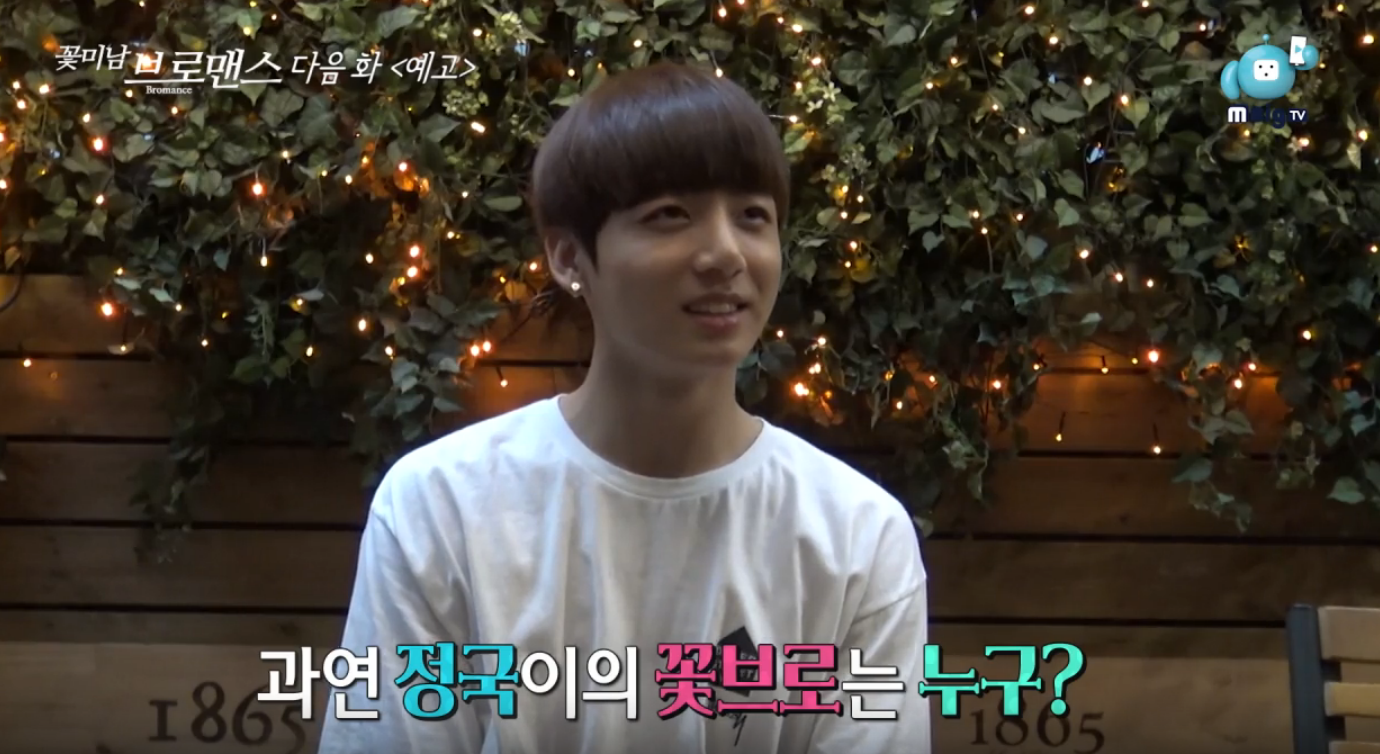 BTS’s Jungkook Is Next Up To Star On “Celebrity Bromance”

After lots of fan speculation, BTS’s maknae Jungkook has been confirmed as one half of the next pair of male celebrities to show off their friendship on the hit web reality series “Celebrity Bromance”!

Following VIXX’s N and Lee Won Geun’s final episode on June 21, a preview for next week’s episode introduces Jungkook as one of the show’s next members.

In the clip, Jungkook sits down for an interview with the staff of “Celebrity Bromance,” where he’s asked what he likes to do in his time off. “I listen to music, practice, or sometimes I read webtoons, although not as much recently. If the weather’s nice, I’ll go to Han River and sing.”

When asked if he does it alone, he says, “Yes, I like being alone,” and agrees that he’s introverted.

The show purposely doesn’t reveal who his partner will be, but Jungkook gives us hints that it’s an sunbae singer from a group whose song BTS has covered before on stage. Jungkook also says he’s really cool, with a smile, but worries that it might be a bit awkward between them.

Watch the preview for next week in the episode below, starting at the 15:44 mark!

Although the show hasn’t officially announced who his partner is yet, fans spotted Jungkook filming with Shinhwa’s Minwoo, who is 18 years his senior, and the pair are rumored to be gym buddies.

Are you excited to see Jungkook on “Celebrity Bromance”?

BTS
Jungkook
Celebrity Bromance
How does this article make you feel?