Wonder Girls has shared new details about their much-anticipated comeback!

On June 22 at midnight KST, JYP Entertainment dropped the comeback schedule for the hit group’s return with “Why So Lonely.” According to the schedule, we’ll finally be getting more from Wonder Girls on July 5 at midnight KST!

The group’s teasers will be coming out soon, with images released at midnight KST on June 24, 27, and 29, and a music video teaser dropped on July 1. The track list will be shared on July 4 at midnight KST, and then Wonder Girls will hold a live premiere on Naver’s V app at 11:30 p.m. KST that day.

After their comeback on July 5, the group will be making their first comeback performance on “M!Countdown” on July 7. 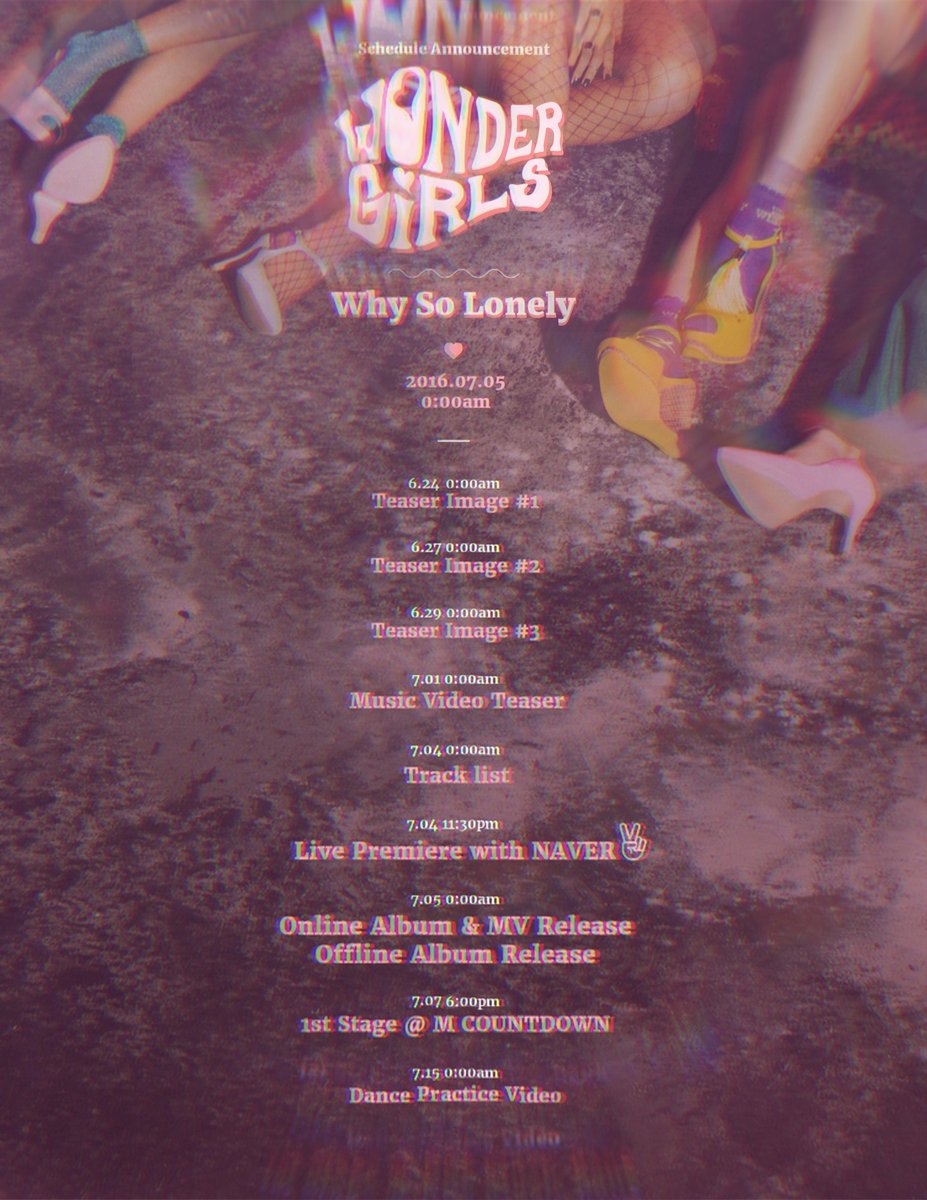 Are you ready to count down the days until Wonder Girls’s comeback?