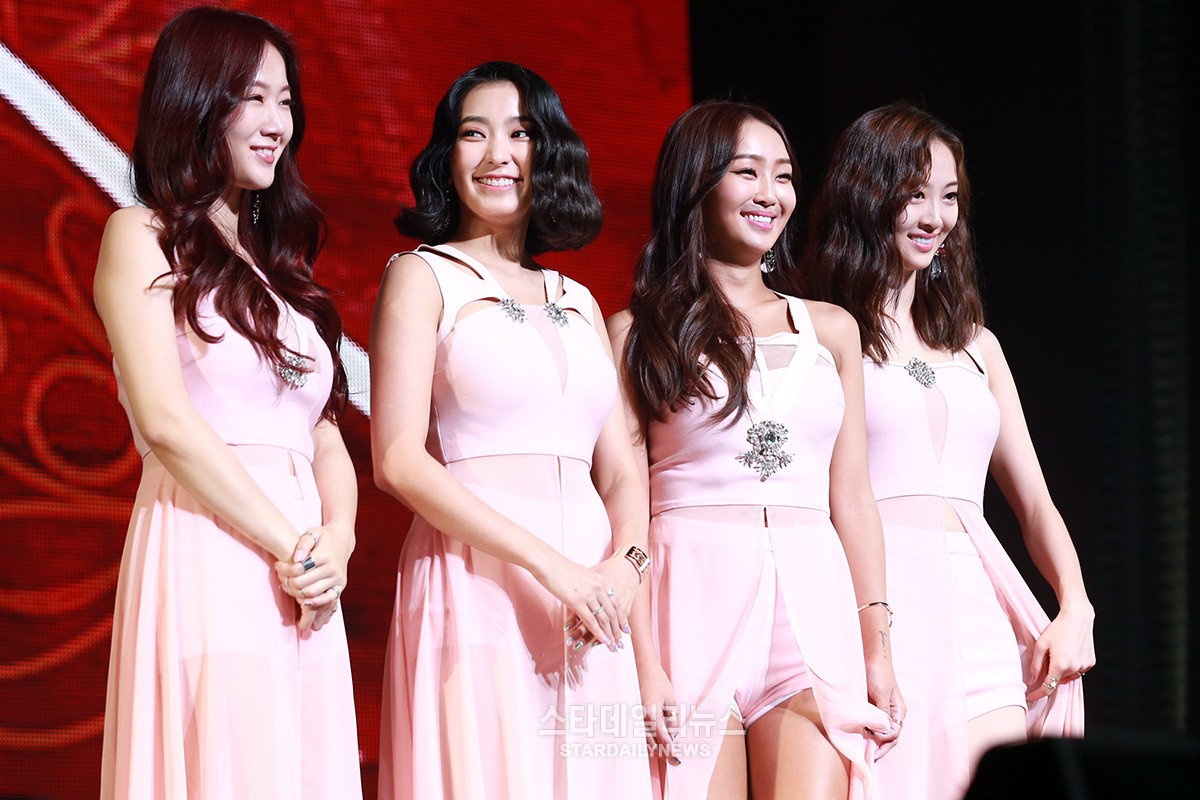 On June 21, SISTAR held a media showcase for the release of their newest mini album, “Insane Love.”

During the showcase, member Bora is asked if there are any broadcasts she will like to guest on.

She answers, “While filming a different show, I happened to meet Kim Jong Kook, who said to me, ‘You should appear on ‘Running Man’ [again].’ I’ve appeared on ‘Running Man’ before, but I really want to appear as a whole group, since the four of us have never guested on the show together.”

Dasom also says, “We filmed a reality show called ‘Showtime’ before, and I have a lot of good memories from that program. I really want to go on a vacation with my members, or film another reality program together.”

Meanwhile, SISTAR recently released their fourth mini album “Insane Love,” and its title track, “I Like That.”

Support the artist by buying Insane Love from YesAsia

Star Daily News
Bora
SISTAR
How does this article make you feel?