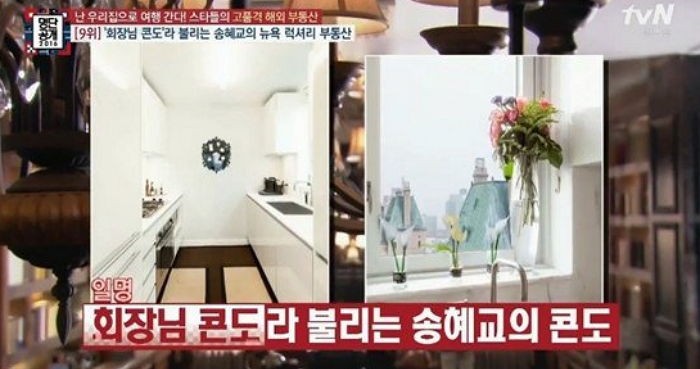 The June 20 broadcast of tvN’s “The List 2016” ranks stars who have been successful in real estate investments abroad, and Song Hye Kyo is named among them in ninth place. 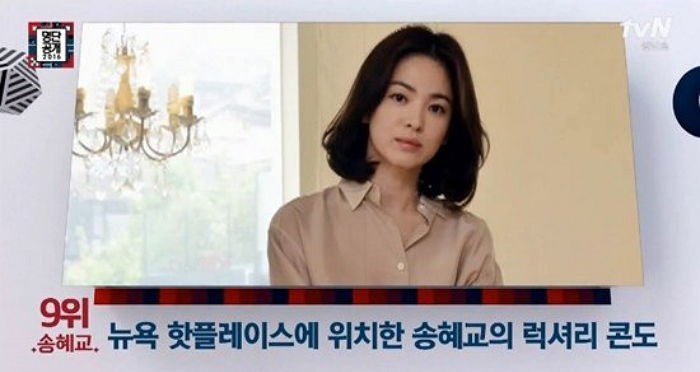 Song Hye Kyo’s New York City home is a luxury condo that overlooks Central Park. Her home has according to the program increased in value by almost one billion won (approximately $867,050 USD) since she acquired it eight years ago.

The program confirmed that the renting price of Song Hye Kyo’s place is currently 7.7 million won (approximately $6,675 USD) per month. 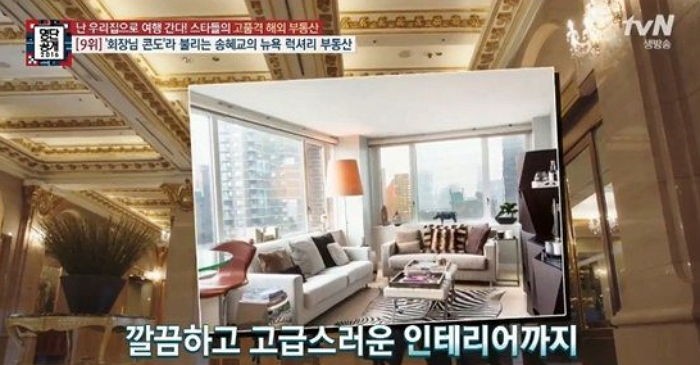 Song Hye Kyo first acquired the condo in 2009 so that she had a home base while filming in the United States for indie film “Make Yourself At Home” (formerly known as “Fetish”).

Song Hye Kyo
The List 2016
How does this article make you feel?