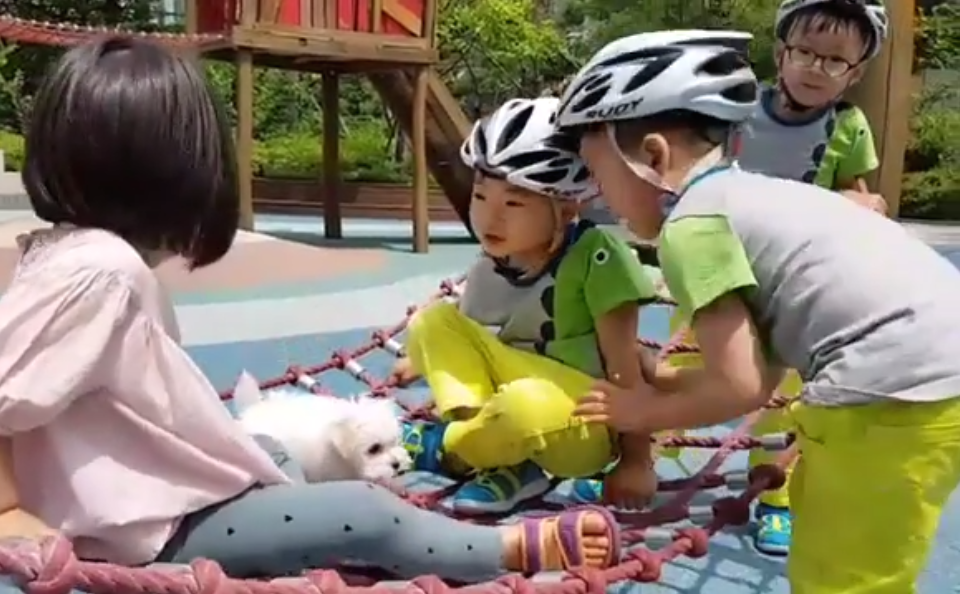 The Song triplets are as energetic as ever!

On June 21, Song Il Gook shared a short video he edited of a day he spent with his sons Daehan, Minguk, and Manse.

It starts off with a familiar sight of the boys eating dessert. The actor previously uploaded a photo from the day of this outing on June 18. The video shows close ups of each of the triplets, before cutting away to another scene.

The boys then play with some other kids as well as a puppy at a playground, with smiles on their faces.

Song Il Gook also includes a caption that explains how they spent the day exercising, and admits it was a little difficult trying to film and watch over the kids at the same time. He says that while it isn’t the greatest quality because he edited it during breaks from his musical rehearsals, he hopes that everyone will enjoy the short video.

His efforts are definitely appreciated, and it’s great to see the triplets enjoying themselves!