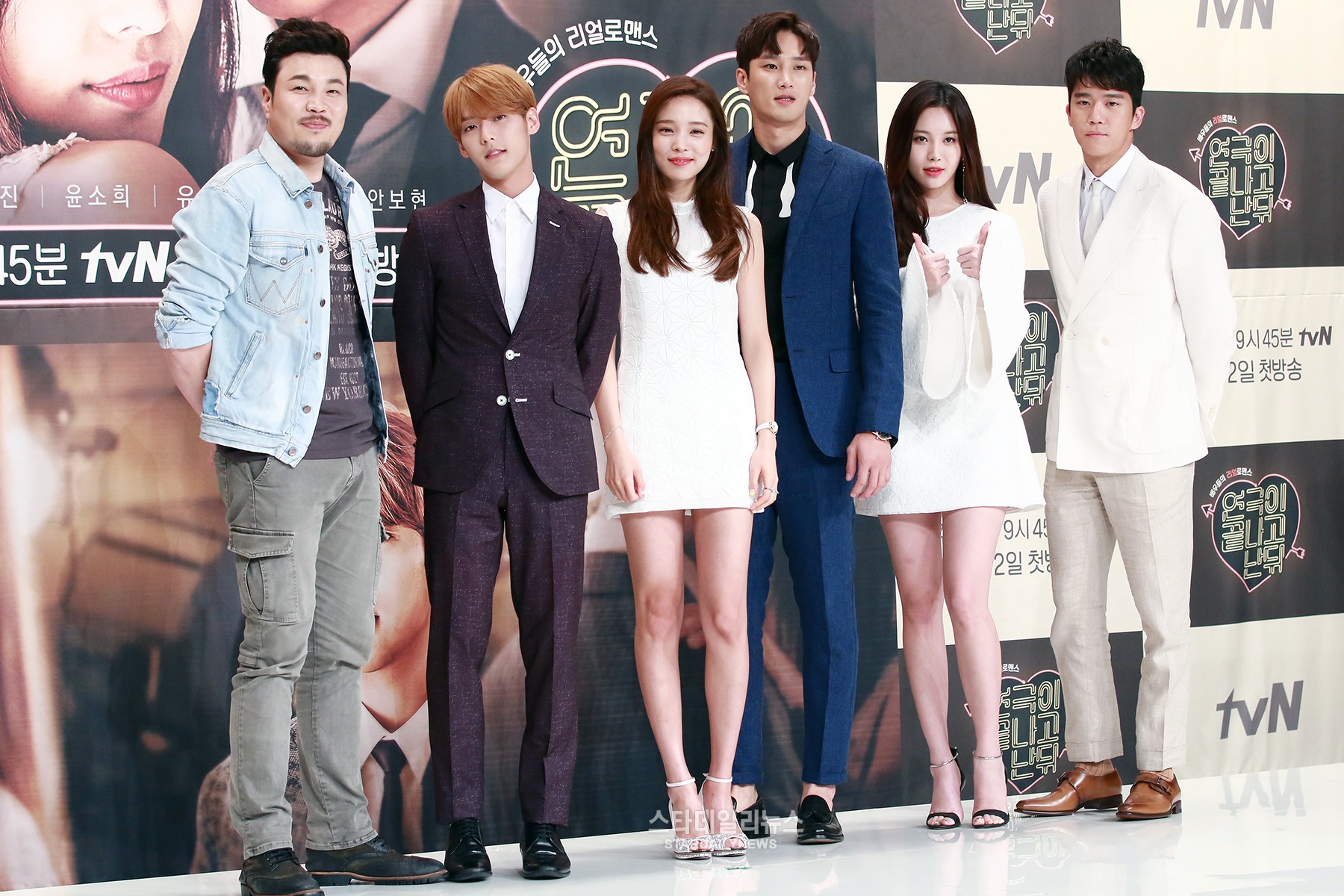 On June 22, a press conference for tvN’s new drama/reality show “After the Play Ends” (working title) was held, where the director revealed the basic format of this new kind of program.

During the event, director Son Chang Woo stated, “I was inspired to make this program by seeing celebrity couples like Ji Sung and Lee Bo Young, or Ahn Jae Hyun and Ku Hye Sun.”

He continued, “There are celebrities who start out by playing the roles of lovers in a drama or film and actually fall in love. Some of them get married. I decided to do this program wondering if the actors in this drama are able to fall in love with each other, too.”

About the actors, Son Chang Woo said, “I am thankful that the actors are comfortable while filming this drama.”

“After the Play Ends” is a mix of a drama and a reality show. The actors will film a romance drama called “Iron Lady,” and the program will continue filming to show how the actors interact with each other off camera.

What are your thoughts on this new format of show?

Ahn Jae Hyun
Ku Hye Sun
Star Daily News
After the Play Ends
How does this article make you feel?