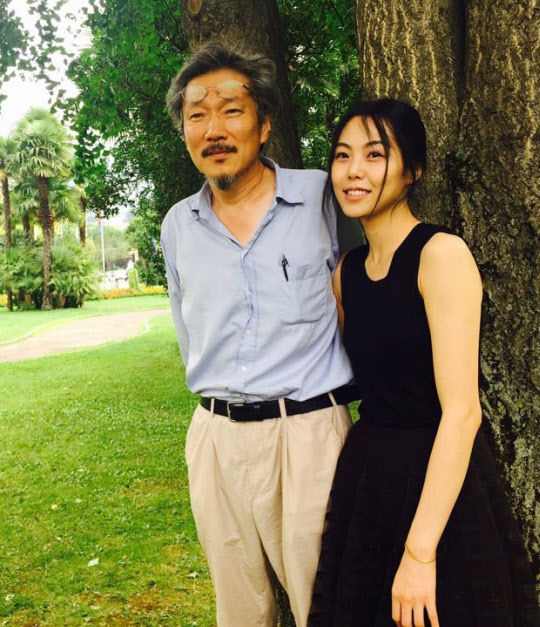 However, Hong Sang Soo’s family is claiming that this conversation did not happen, and that the posted messages are fake.

On June 22, Hong Sang Soo’s family stated, “Hong Sang Soo’s wife sat down for an off-the-record meeting with a magazine reporter back in April where the wife solely talked about her feelings. Now that magazine has released that information acting like it was an exclusive interview, even including fake text messages that were never provided to the magazine.”

On the morning of June 22, the monthly magazine Woman Sense published an article claiming that it had an exclusive interview. However, the information in the article was published without Hong Sang Soo’s wife’s consent and is reportedly not the truth.

During the actual meeting in April, Hong Sang Soo’s wife did mention something about having talked with Kim Min Hee’s mother. However, she did not provide actual text messages like the magazine claims, meaning that the magazine has created a fake conversation just to arouse things even more.

Hong Sang Soo’s family apologized, saying, “We are sorry for this controversy. We know that this isn’t just one person’s fault. We made sure countless times that the meeting with the magazine reporter was off-the-record, but it wasn’t so. Not only did the magazine not keep its promise of making it off-the-record, but it has spread false rumors by creating fake text messages. We contacted the magazine agency asking for correction, but it only took down the conversation screenshot and has done nothing more. It is even avoiding our calls now. We are planning to file a petition with the Press Arbitration Commission about this.”

Hong Sang Soo’s family has only met up with news outlet Dispatch so far, and has not been interviewed by any other news sources yet. Despite this, many news outlets are publishing articles claiming they had an exclusive interview with the family.