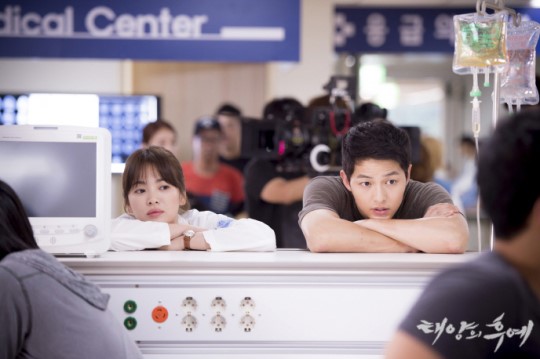 “Descendants Of The Sun” Cast And Crew Receive Incentive Bonuses

Having the highest ratings of this year thus far, KBS 2TV’s “Descendants of the Sun” cast and production crew members have received incentive bonuses from their production company.

A representative of NEW stated, “The cultural industry company created by KBS and NEW decided to reward everyone who worked hard with incentive bonuses after discussions. There was talk about whether or not they would go on a reward vacation. However, ‘Descendants of the Sun’ was 100 percent pre-produced so the staff and actors all have their individual schedules now. That’s why it was difficult to set a schedule.”

The drama recorded high ratings throughout its run and achieved a best of 38.8 percent. “Descendants of the Sun” fever also spread worldwide and enjoyed international popularity.