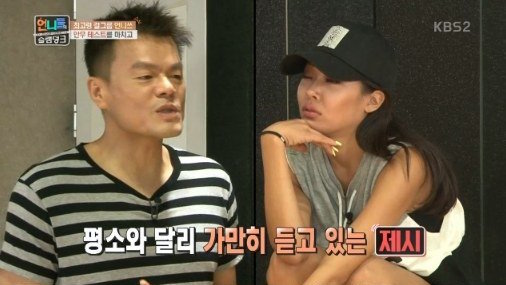 The cast members of the show are in their final stages of preparing for their song release. During the choreography test, Park Jin Young notices that Jessi hasn’t fully memorized the moves.

“You are the biggest problem,” he tells her bluntly. “If I had your level of talent, I would work hard. It’s talent that the heavens have given you, so shouldn’t you maximize it for once at least,” he says. 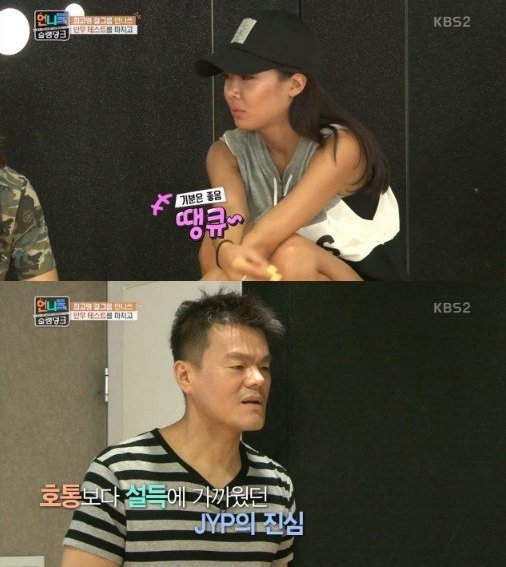 “You are showing not even a tenth of the talent you have,” Park Jin Young says.