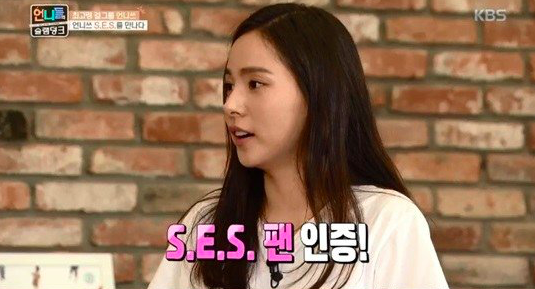 On the June 24 episode of KBS’s “Sister’s Slam Dunk,” the cast get tested on their choreography for their song “Shut Up.”

First generation K-pop girl group S.E.S members Bada and Shu appear as guests in the episode to pass on their know-how. Min Hyo Rin gets incredibly excited at their arrival, showing herself to be a huge S.E.S fan. 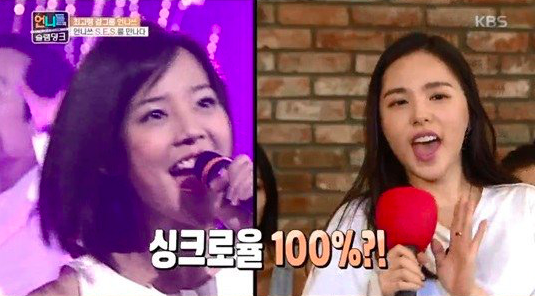 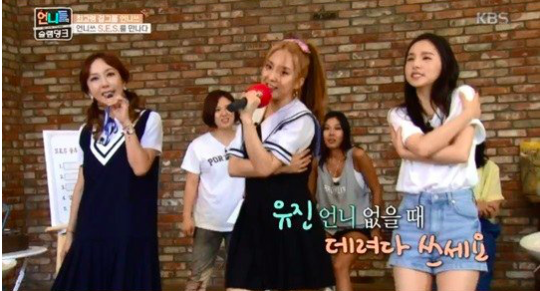 “I grew up in the generation of Fin.KL and S.E.S,” she said. “It was watching them that I dreamed of being in a girl group for the first time. I can’t believe they’re here. My heart is beating so fast and I’m going to cry.”

Min Hyo Rin also has the choreography and songs of S.E.S down pat. As third member Eugene was not present, Bada and Shu invited her to join them in an impromptu performance.