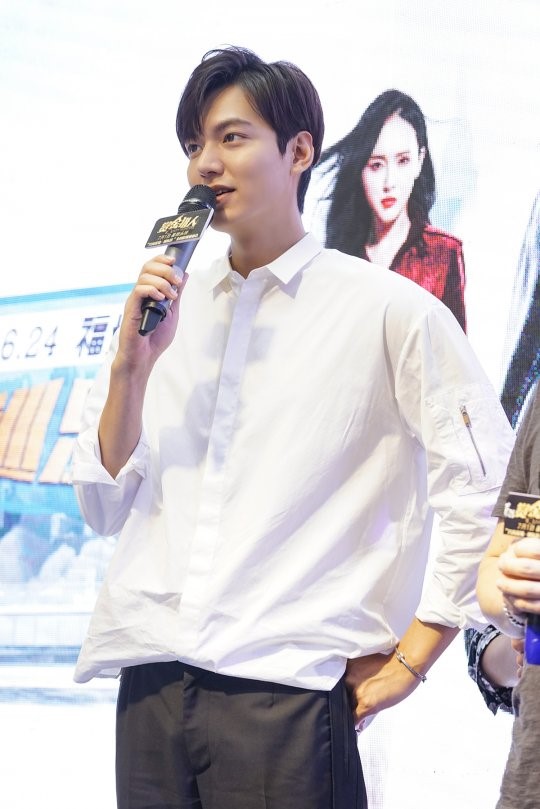 Chinese fans of Lee Min Ho came out in the thousands to see the top star in person!

Lee Min Ho has recently been promoting his upcoming film “Bounty Hunters” in China with the film’s special preview in Beijing on June 22, and two promotional events in Xi’an and Fuzhou on June 23 and 24.

The Hallyu star appeared at the film’s “Road Shows” with director Shin Terra on the latter two dates, and thousands of fans came from all over China to attend. The malls where the events were being held were so full of people that they reached legal capacity, and organizers had to turn away some fans at the doors. 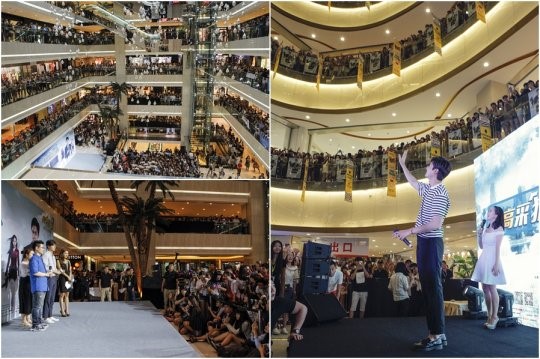 During the events, Lee Min Ho and Shin Terra talked to fans about the film and played games. Lee Min Ho thrilled fans by using Chinese to greet them and share short stories from behind the scenes of the movie’s filming. Fans also prepared a cake for Lee Min Ho, as his birthday was on June 22. 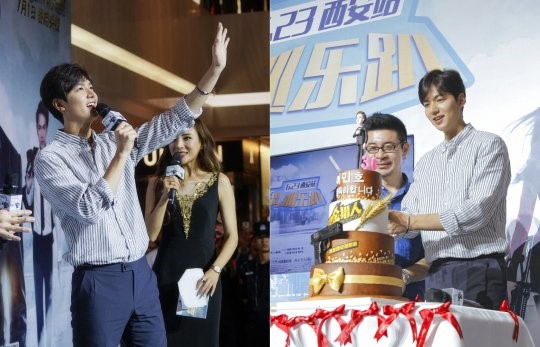