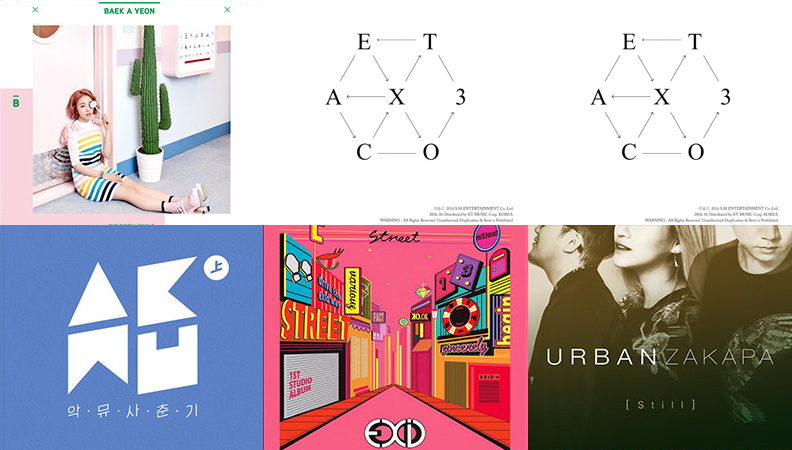 As expected, EXO’s “Monster” is our new No. 1 song this week. This hit single won on Inkigayo, Music Bank, and M!Countdown last week, and also scored high on all other charts. “Monster” is only 17 points short of a perfect score. Congratulations to EXO on a job well done!

Only one new song made it to the Top 10 this week, and unsurprisingly, it also belongs to EXO. Moving up eight spots to No. 4 is EXO’s other title song, “Lucky One,” from their third album, “EX’ACT.” This song has a bright funky R&B sound and a trendy disco tempo. The lyrics are about a man who leaves to find his fate.