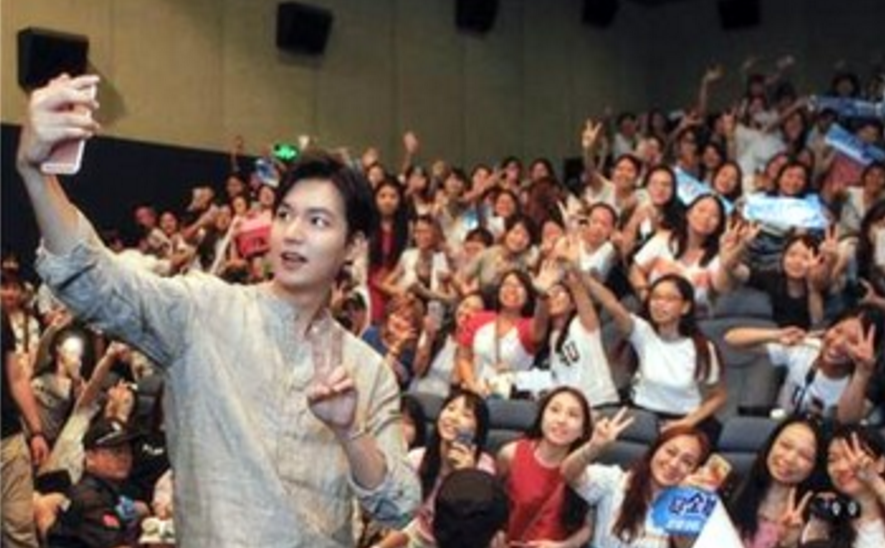 Lee Minho has been doing these events in various regions of China since November, and his agency explained, “Lee Minho visits to each region have attracted thousands of fans, but on June 25 in Guangzhou, more fans than usual were in attendance because it was the weekend.”

After the cancellation, Lee Min Ho made arrangements for the event to be replaced with a film screening, and the actor personally made an appearance at the theater to surprise fans.

For those that weren’t able to attend the screening because of limited seating, Lee Min Ho went out of his way to greet fans that were waiting for him in front of his hotel, despite protests from his security detail.