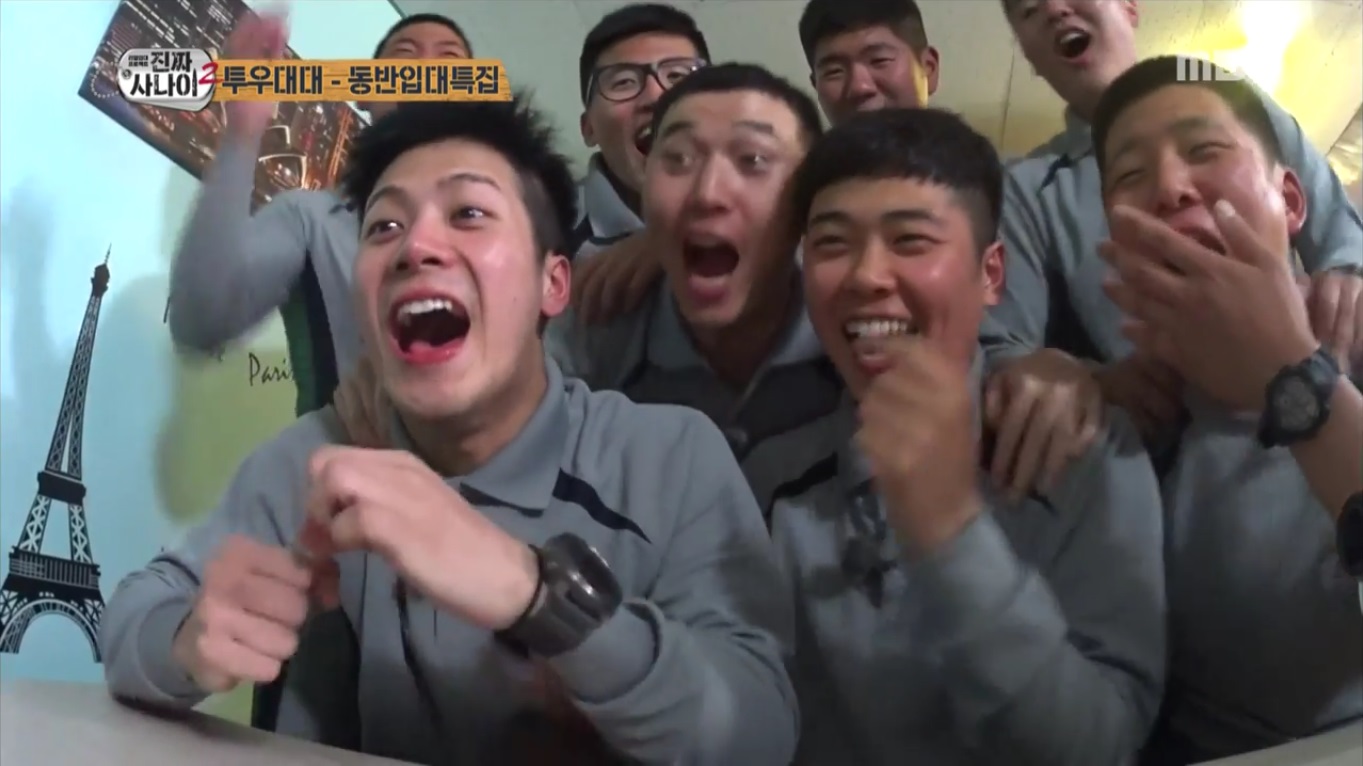 Jackson lifts the soldiers’ spirits by making video calls to female idols, and quips to the soldiers, “If I make the call, will you be nicer to me?”

He first phones EXID member Hani, who calls Jackson warmly by his name.

Jackson responds enthusiastically, calling her noona. He requests her to address each of the soldiers by name and give them a message of support, which the girl group member kindly obliges.

Afterwards, Jackson makes a call to TWICE members Tzuyu and Nayeon, who happily cheer on the soldiers as well as their labelmate Jackson.

Watch Jackson, Hani, Tzuyu, and Nayeon in their video calls below!

GOT7
TWICE
EXID
Jackson
Tzuyu
Hani
Nayeon
Real Men
How does this article make you feel?