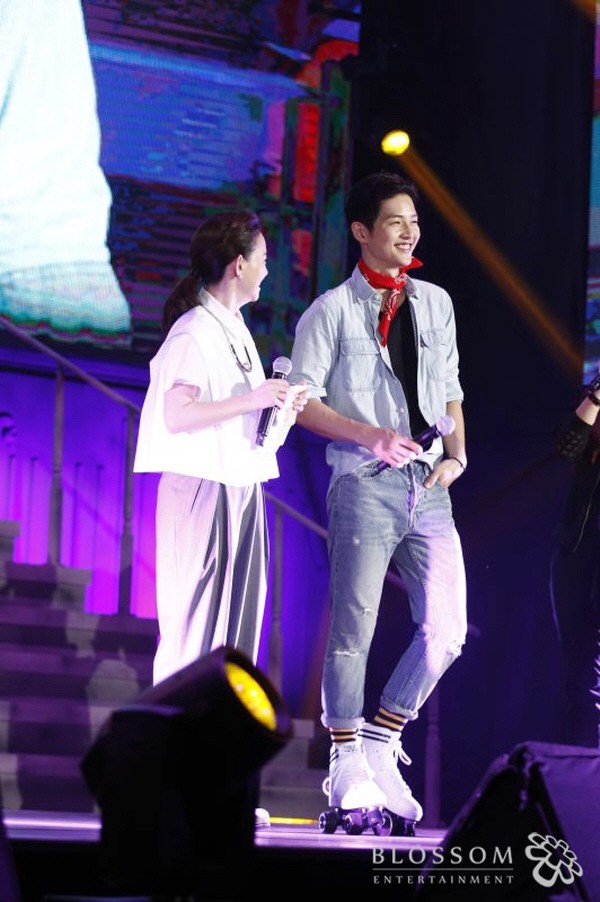 Actor Song Joong Ki concluded the successful run of his fan meeting tour around Asia in the final venue, Taiwan.

On June 25, he greeted 4,000 local fans in the gymnasium of National Taiwan University, where he said, “I’ve come to meet you here in Taiwan again after four years. Thank you for welcoming me with bright smiles since my arrival at the airport.” 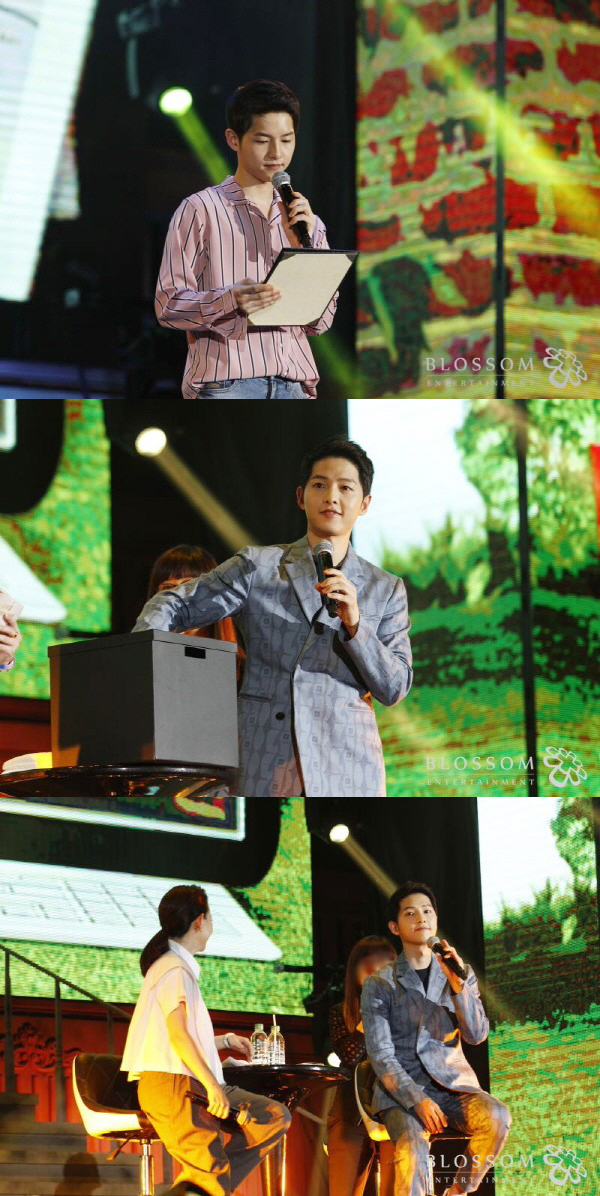 The actor first shares facts about himself with his fans, such as how he was an uncontrollable troublemaker in kindergarten. He also confesses, “I’m not very neat and usually more on the untidy side,” and, “I can’t cook well, so my friends don’t even touch the food I make.” 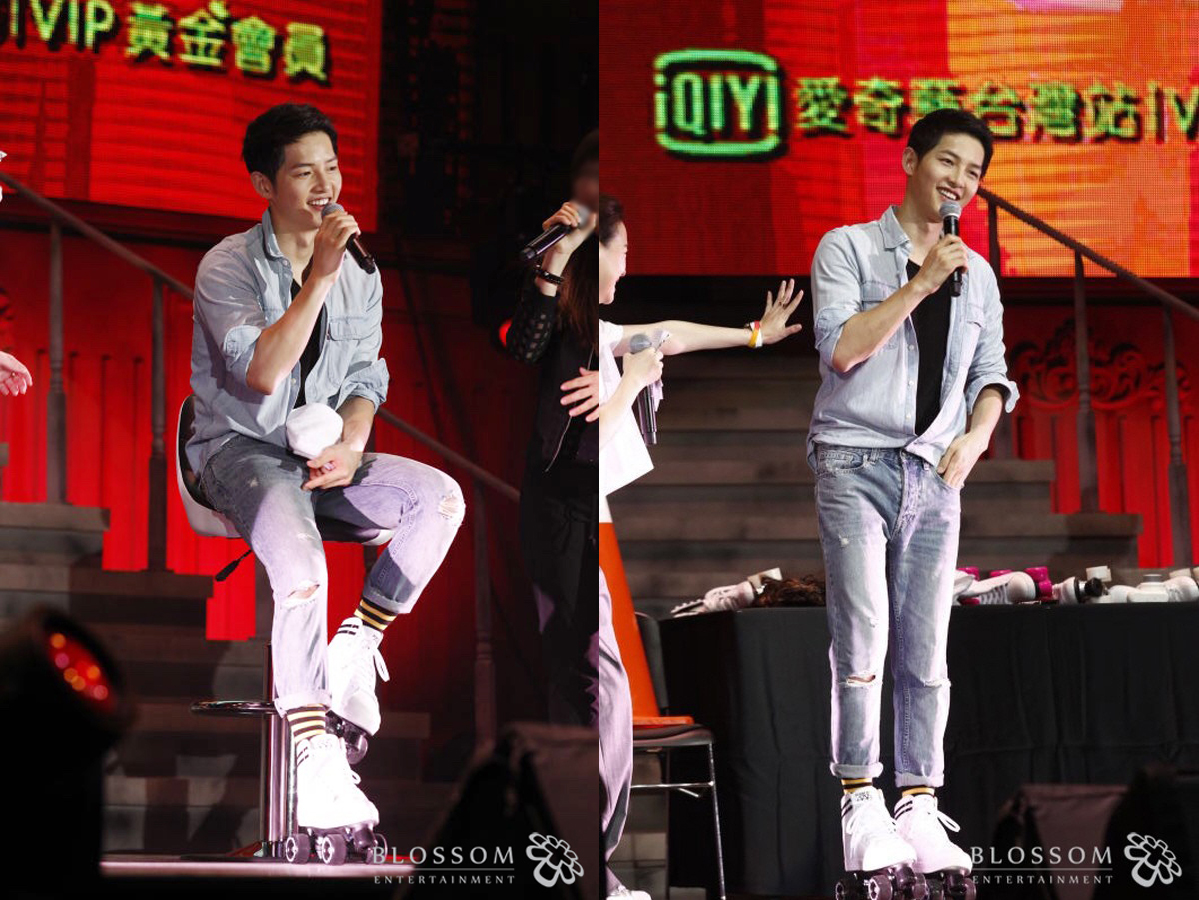 Song Joong Ki then entertained the crowd by dressing up as the male lead of the famous 2015 Taiwanese film “Our Times,” which was also well received in Korea. He came out in retro fashion with matching roller skates, and sang “A Little Happiness” from the “Our Times” soundtrack.

Furthermore, a video message from Actor Eric Tsang was revealed, wherein he stated, “I’ve heard that Song Joong Ki is a very humble and amazing person. They say he’s a fan of mine, but actually I’m more a fan of his. His acting on ‘Descendants of the Sun‘ was really good. If the opportunity comes, I would like to work with him.” 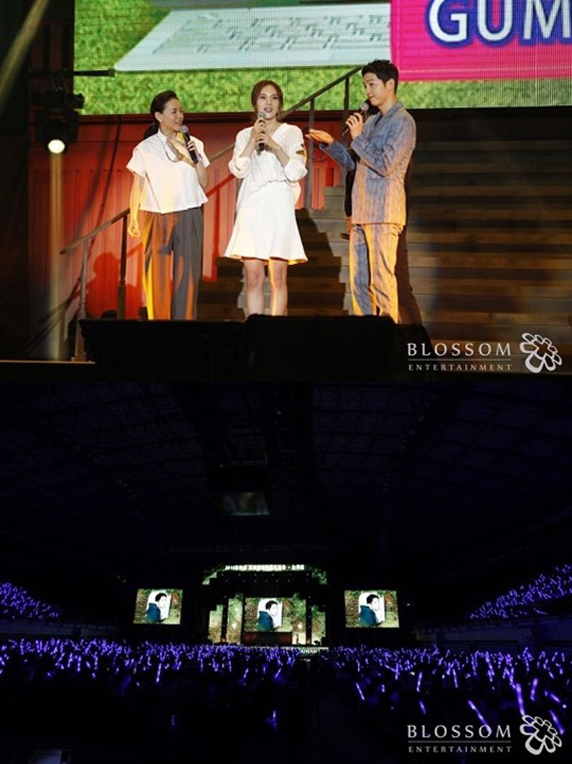 During the event, singer Gummy delighted fans with her surprise appearance and performance of “Descendants of the Sun” soundtrack song “You are My Everything.”

Looking back at his Asia fan meeting tour, Song Joong Ki shared, “It’s very flattering and there are still moments that seem unbelievable to me. I felt that I have been receiving so much love, and I’ve spent these times worrying about how I should give back this love to all of you.”

Song Joong Ki set off for his fan meeting tour in April, and has since met fans from Thailand, Hong Kong, and various places in China such as Beijing, Wuhan, Guangzhou, Shenzhen, Shanghai, and Chengdu, before making his last stop in Taiwan.