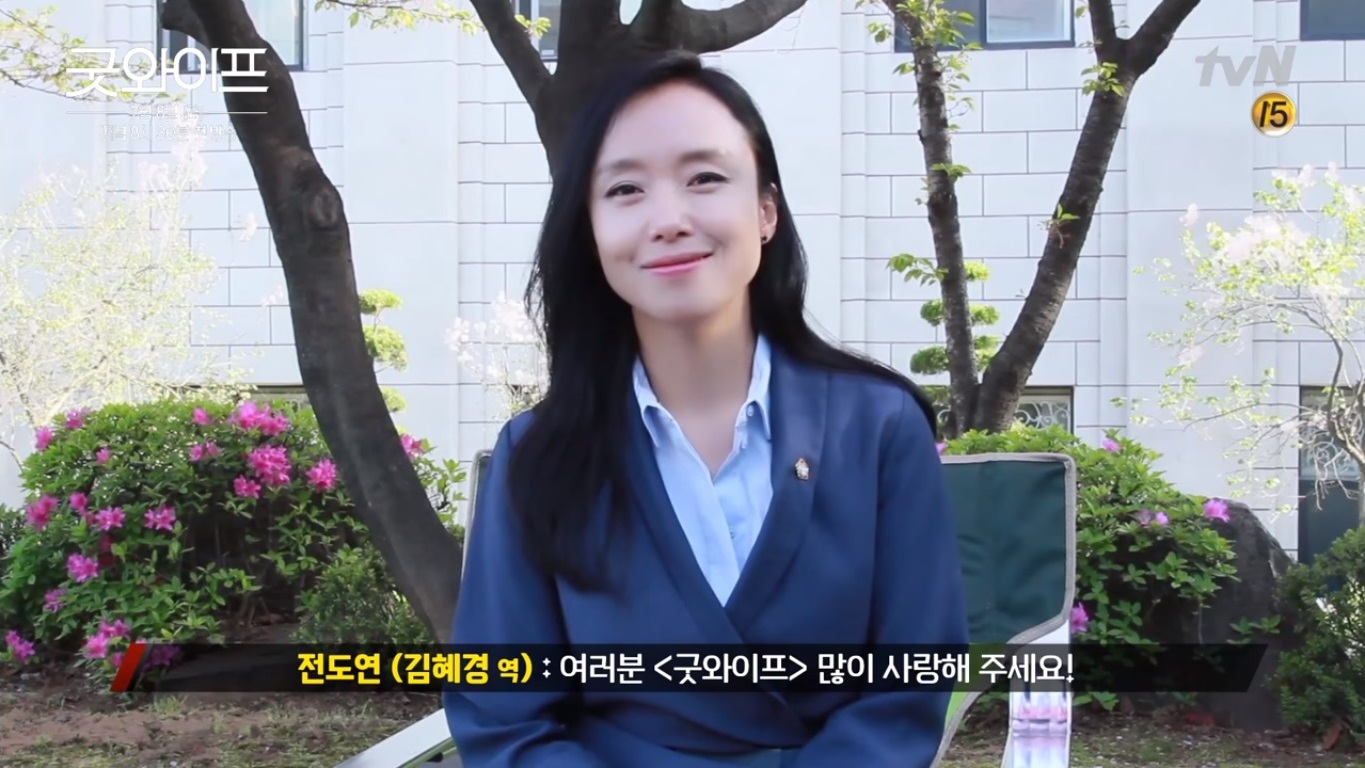 Watch: Jeon Do Yeon Talks About First Drama In 11 Years On The Set Of “The Good Wife”

Actress Jeon Do Yeon shares her thoughts on the upcoming tvN drama “The Good Wife” during its first filming.

tvN recently gave a sneak peek of the set on the drama’s first shooting day.

“The Good Wife,” the first Korean remake of an American series of the same name, is a courtroom drama which begins when renowned prosecutor Lee Tae Joon is thrown behind bars after being caught up in a corruption scandal, prompting his wife Kim Hye Kyung, who quit her job upon getting married, to assume the role of the breadwinner and rediscover herself when she returns as a lawyer in Seo Joong Won’s firm.

The video reveals the nervous Jeon Do Yeon filming her long-awaited return to television after 11 years.

With not only her but actors Yoo Ji Tae as Lee Tae Joon, Yoon Kye Sang as Seo Joong Won, and Nana as secretary Kim Dan to boot, the footage of the star-studded set fuels viewers’s excitement to see their chemistry in the drama.

Furthermore, tvN teases the July premiere of the legal drama with clips of Jeon Do Yeon studying the script even while on standby, and wrinkling her nose in laughter as she enjoys the lively atmosphere of the drama shooting.

The actress shares her thoughts on her small screen comeback and says, “I’m adapting to the set since this is my first drama in 11 years. It’s a good project and Kim Hye Kyung is a good character, so I will work hard. Everyone, please support ‘The Good Wife.'”

Watch the sneak peek for yourself below!

The Good Wife
Jeon Do Yeon
Nana
Yoo Ji Tae
Yoon Kye Sang
How does this article make you feel?