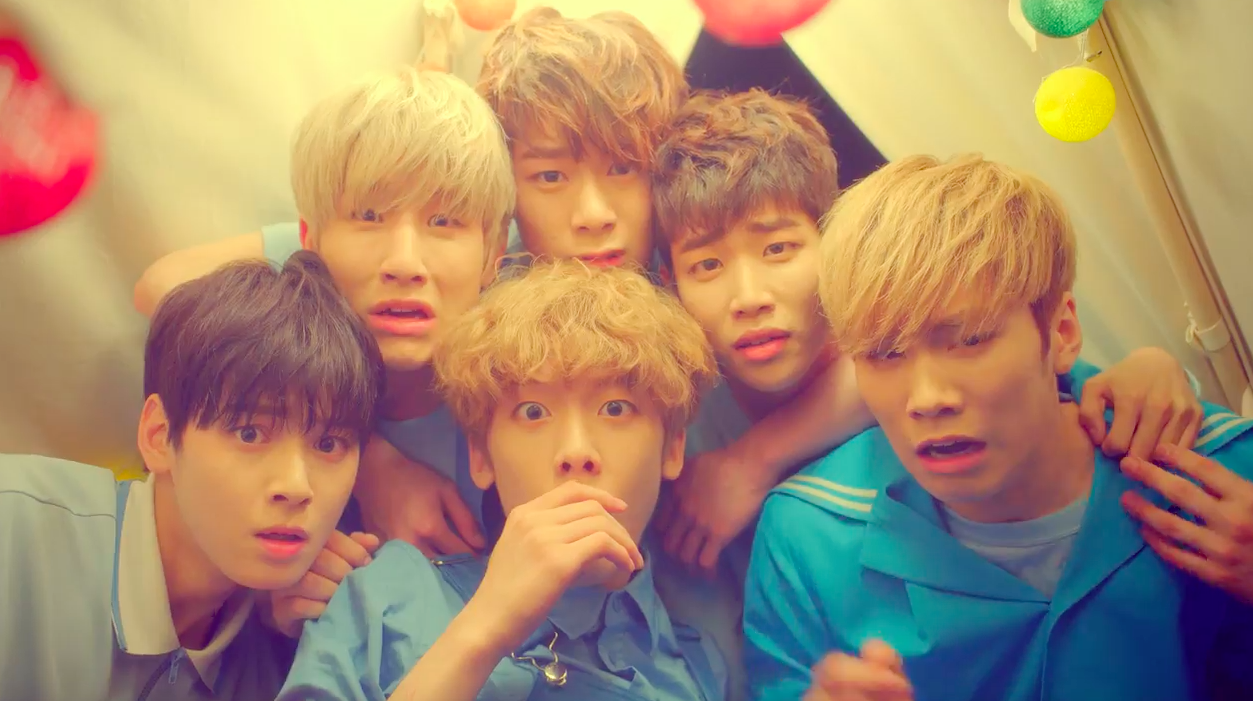 ASTRO has shared another teaser for their upcoming comeback!

ASTRO will be making their comeback on July 1 with their new mini album entitled “Summer Vibes,” which features the title track “Breathless.” The six-member group dropped their first teaser for “Breathless” on June 20, which showed only their MV co-star, Choi Yoojung of I.O.I (and their other co-star, a duck!) on the beach.

Through a new teaser released on June 27 at midnight KST, we now get to see the guys of ASTRO as they try to stand the cold inside a freezer full of drink bottles. We’re then shown another glimpse of Choi Yoojung, as she confidently crawls through the freezer, before we see the ASTRO members jump back in surprise.

Are you excited for ASTRO’s comeback?