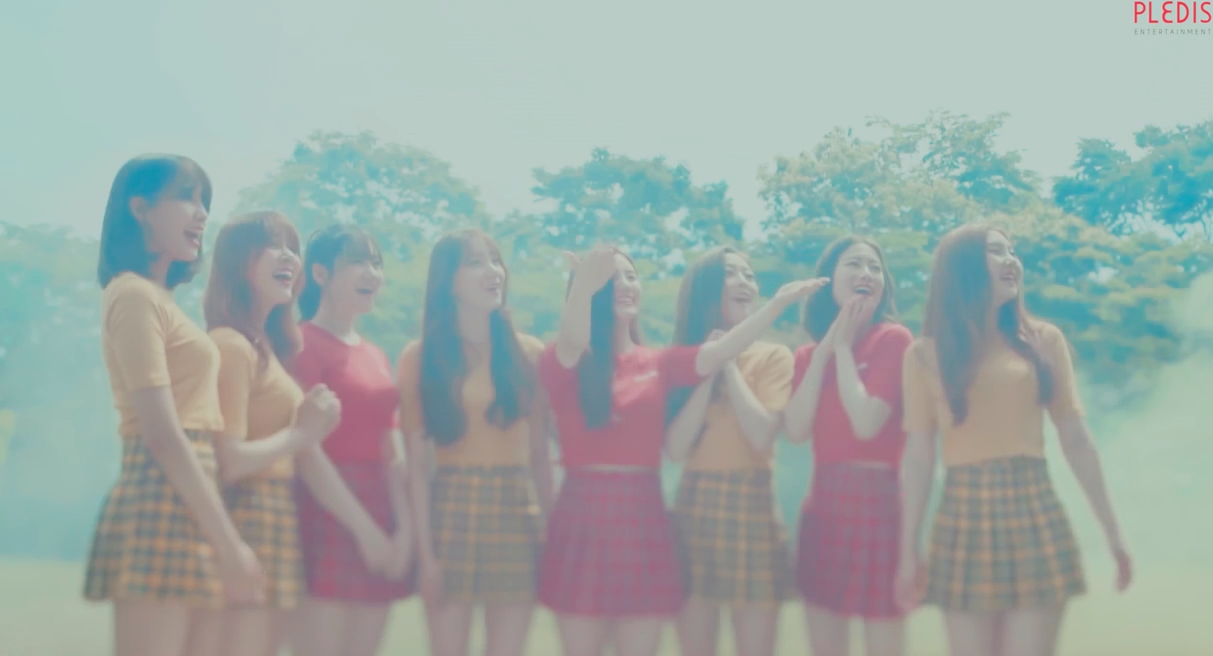 Pledis Girlz has shared the music video for their new pre-debut track!

Pledis Girlz members Eunwoo and Seungyeon (also known as Shannon) co-composed the track, while Minkyung joined the pair to write the lyrics together. The song’s lyrics are about how the group is cheering each other on and looking forward to a bright future together.

Fans of “Produce 101” will definitely be pleased to see some familiar faces among the members. The music video also gives quick bios of each of the girls to help us get to know them all! Although the ten-member group Pledis Girlz includes I.O.I members Lim Nayoung and Zhou Jieqiong (Pinky), they do not make an appearance in this music video.

Pledis Girlz
How does this article make you feel?