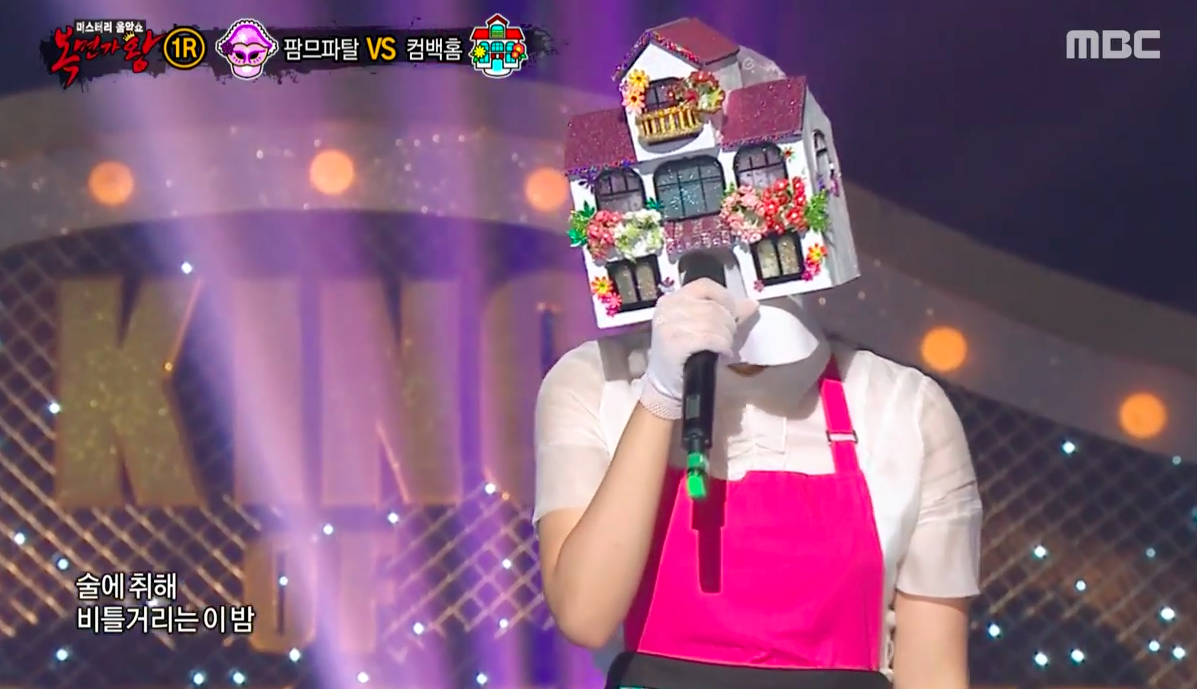 On the latest episode of “King of Masked Singer,” eight new contestants take to the stage for duet performances to try to challenge the current champion, who is performing under the alias of Escape From Unemployment.

A few of the members of the celebrity panel are sure that Troubles Come Back Home is an idol, with Kim Gu Ra guessing that she might be Baek Yerin or Baek Ah Yeon.

In the end, Femme Fatale takes the win with 78 votes to Troubles Come Back Home’s 21, and so the latter has to reveal her identity.

Before she takes off her mask, she sings part of a song she prepared for the second round, Seo Joo Kyung’s “Daring Women. When her identity is revealed, everyone is surprised to see that she’s rapper Exy of Cosmic Girls! 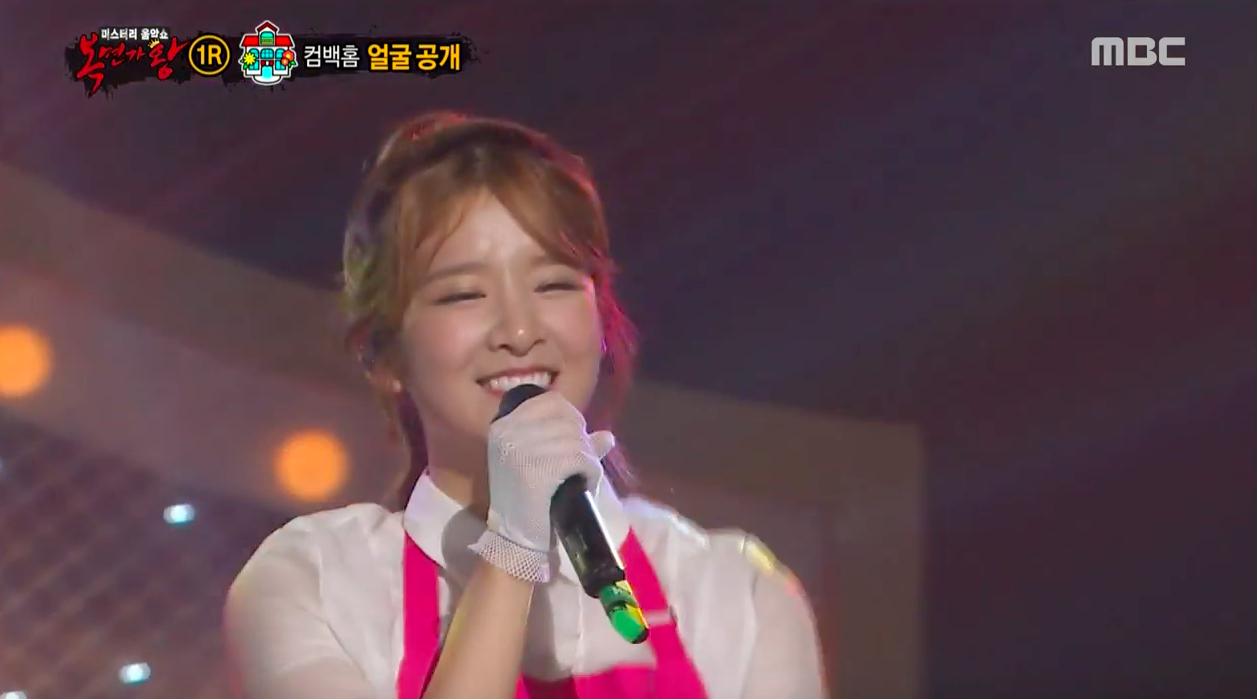 As she keeps singing, B1A4’s Sandeul reminds everyone that she had been on the panel in previous episodes. He’s clearly impressed by her skills, and yells out, “But she’s a rapper!” as the others dance along to her performance.

After her reveal, Exy explains that she used to be a singer and not a rapper, but because of nodules on her vocal cords, she switched to mainly rapping.

Watch Exy’s performance and reveal below!

Cosmic Girls is a twelve-member Korean-Chinese girl group that debuted in February of 2016 with their mini album “Would You Like?”.

WJSN
exy
The King of Mask Singer
How does this article make you feel?