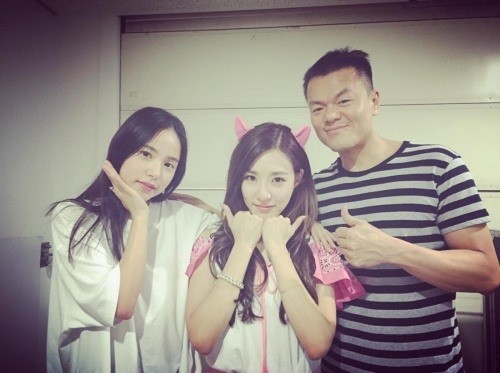 The “Unni’s Slam Dunk” members show that they are really becoming family.

On June 26, Girls’ Generation’s Tiffany posted an Instagram revealing that Min Hyo Rin and Park Jin Young had come out to cheer her on at the last night of her solo concert series “WEEKEND.” She writes, “I love you Hyo Rin unni I love you Jin Young oppa♥ Touched by [their] loyalty. We debut next week. Sister’s Slam Dunk’s ‘Shut Up’ daebak.”

With an imminent debut, the members of “Sister’s Slam Dunk” are in the final stages of preparations. You can catch them every Friday at 11 p.m. KST on KBS 2TV.