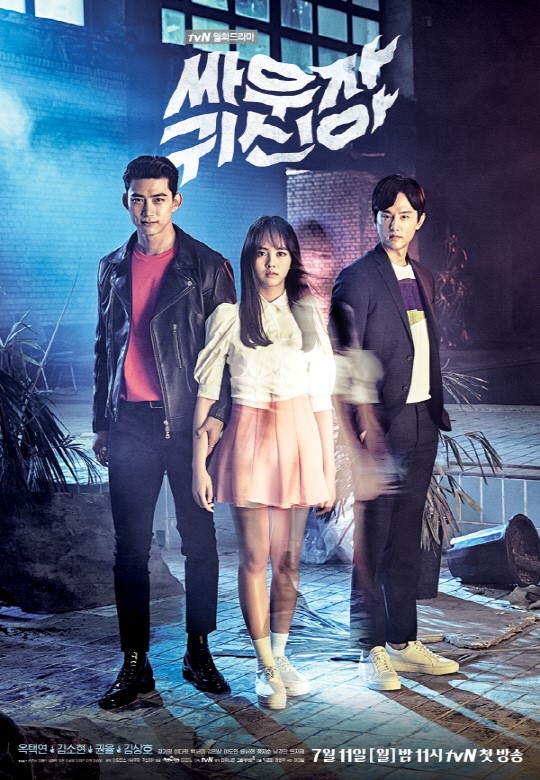 All four main actors have a different expression in their poster as ghosts’ hands reach out towards them and grab on to them. 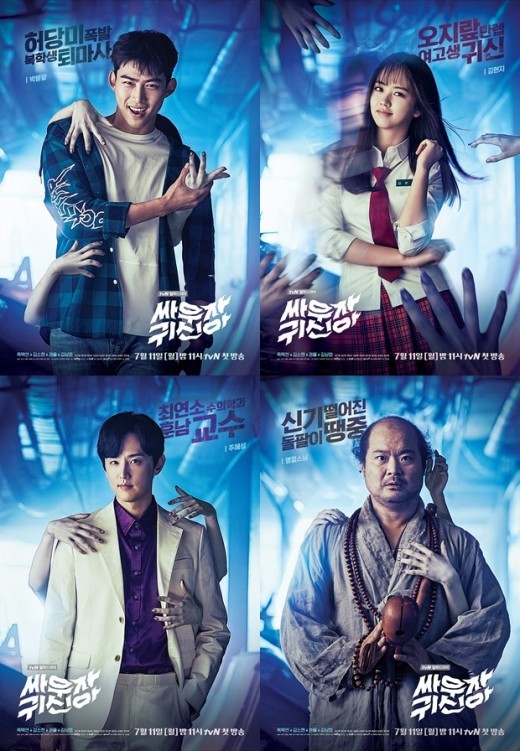 2PM’s Taecyeon, who will be playing a sloppy exorcist named Park Bong Pal, looks very confident and is grabbing the ghost’s hand. Kim So Hyun, playing a caring ghost named Kim Hyun Ji, has more hands wrapping around her body than the others and looks more blurry.

Kwon Yool, whose role is a handsome professor teaching in the Department of Veterinary Medicine, and Kim Sang Ho, playing a quack Buddhist monk, also give viewers chills in their posters.

The staff of “Let’s Fight Ghost” stated, “As you can see in the posters, ‘Let’s Fight Ghost’ will make the summer heat disappear with fear. The unique characters and their chemistry with one another will also be fun to watch. Please look forward to this drama.”

“Let’s Fight Ghost” will premiere on July 11. Are you looking forward to seeing this?