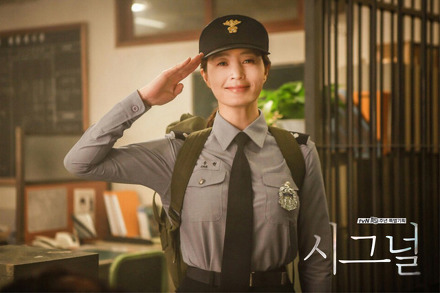 Actress Kim Hye Soo talked about having to act as a younger version of herself in the drama “Signal.”

During the show, Kim Hye Soo talks about her drama “Signal,” saying, “We filmed very enthusiastically in the cold winter.”

DJ Bae Chul Soo adds, “The drama was good, but you had to play the younger version of yourself as a rookie policewoman in her 20s.”

Kim Hye Soo explains, “At first, I thought a younger actress would play it instead. I was honestly pressured in the beginning, but the script itself was excellent. The script was written in a way that I didn’t need to purposely act younger or cuter. It was planned perfectly. I just needed to focus on my emotions, and I was thankful for that.”

How do you think she did in “Signal”?