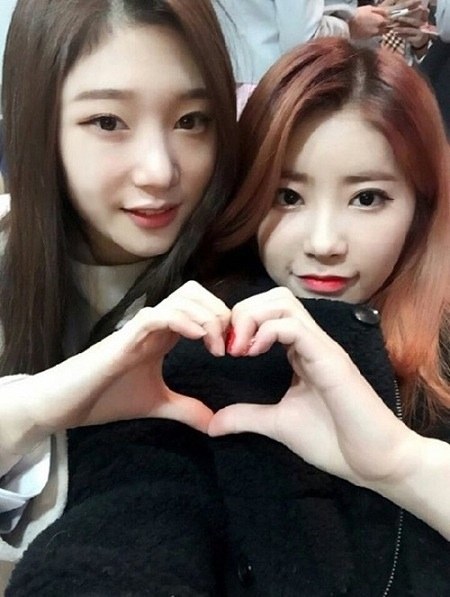 DIA’s Jung Chaeyeon And Cathy Donate To An Important Cause

DIA’s Jung Chaeyeon and Cathy, who competed on Mnet survival program “Produce 101,” with Jung Chaeyeon having promoted as a member of I.O.I, have made a donation in kind to charity.

The girls are revealed to have provided 60 million won (approximately $51,000) worth of feminine hygiene products for low-income youth.

Having heard about the recent issue of the cost of feminine hygiene products burdening young women already struggling with their low income, the two DIA members have decided to respond by lessening the weight on these young women’s shoulders with their donation.

Jung Chaeyeon and Cathy explained, “We’re not earning this income just because we’re good. It’s because of everyone’s support that we’re able to strike advertisement deals and earn from our music, so we don’t think its just ours to keep.”

They continued, “While we were thinking about how to make good use of our earnings, we discovered this unfortunate issue for young women, and so we decided to donate to this good case.”

DIA
Cathy
Jung Chaeyeon
I.O.I
How does this article make you feel?