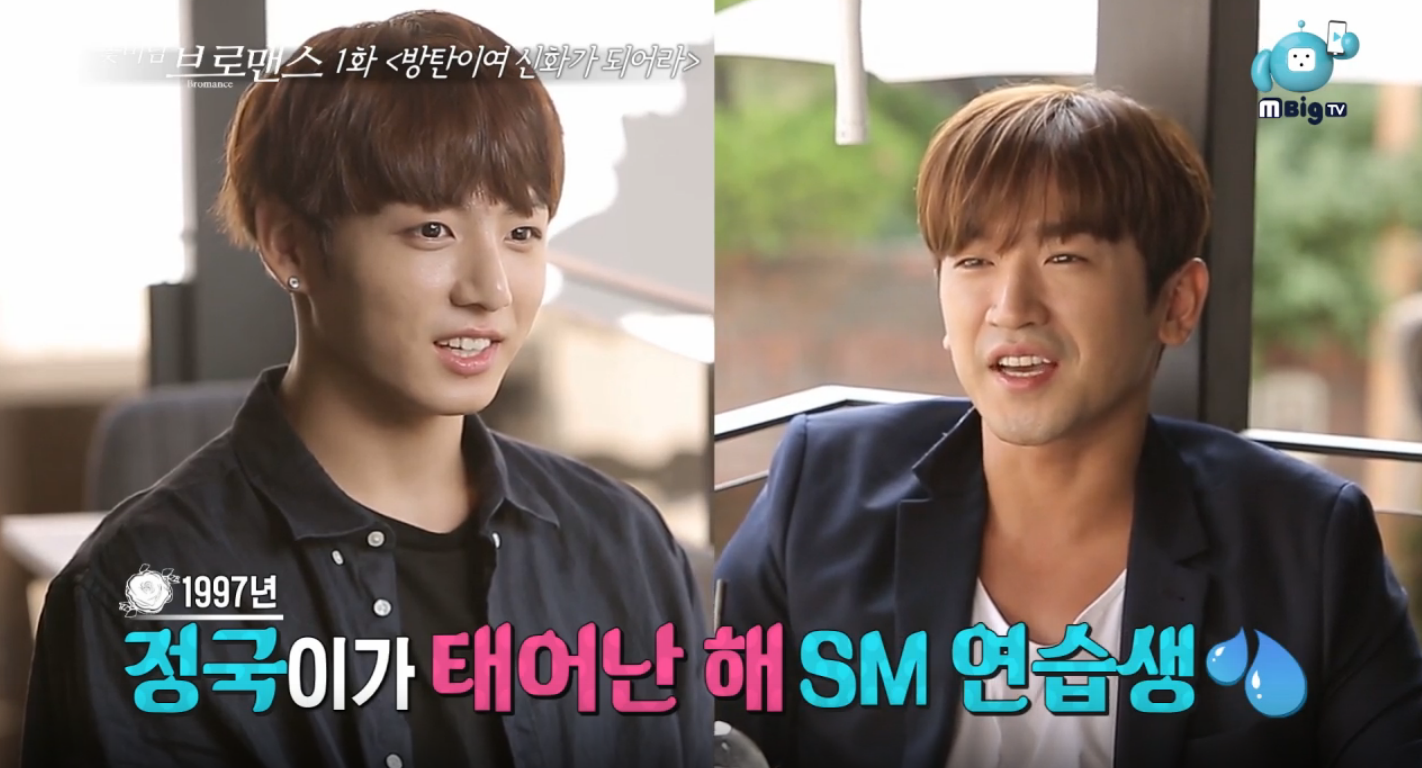 BTS’s Jungkook and Shinhwa’s Minwoo meet up at a dog cafe in their first episode of “Celebrity Bromance”!

Jungkook is the first to get there, and he’s a bit worried about the potential of awkwardness between the pair, due to their 18-year age difference. When Minwoo arrives, Jungkook comes out to meet him and says hello politely, bowing deeply to his sunbae. They sit down at a table on the patio, and Minwoo is quick to tell him to call him hyung. “Ah, already?” asks Jungkook shyly.

Minwoo says, “I heard that people who are already friends are usually the ones who come on this show, and this is the first time that it’s been people who don’t know each other well.” Minwoo then laughs and asks Jungkook if he remembers when they met before.

Jungkook also laughs at the memory, and in a private interview he tells the story of how they first met back when BTS just debuted. “The Shinhwa members called us over and said that we were being too loud when we said hello in the hallway [at a music show],” he recounts. “So they taught us how to greet people properly.”

Jungkook adds, “I saw Minwoo then, but I was scared of him.” In his own private interview, Minwoo explains how they taught BTS to have a set greeting that they could all do at once.

The guys also talk about BTS’s cover performance of Shinhwa’s track “Perfect Man,” as well as their age gap and Minwoo’s experiences as a member of a veteran group with their own individual goals and careers. Minwoo also shares his plans to take Jungkook rock climbing, which we can look forward to in future episodes.