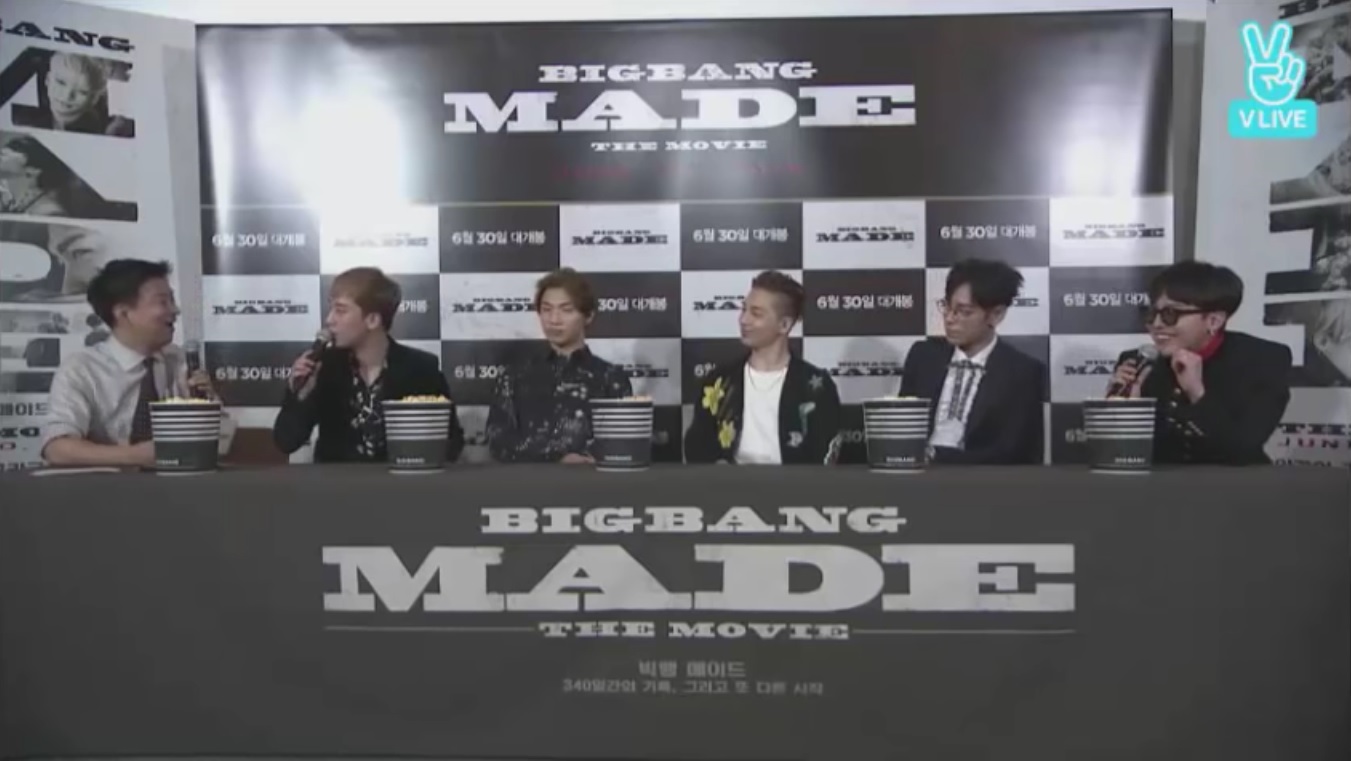 BIGBANG wants to keep it real for “BIGBANG MADE.”

On June 28, the group released a video from the “BIGBANG10 the Movie ‘BIGBANG MADE’ Movie Talk” through V app.

The host reads reactions from fans, one of whom commented, “I see BIGBANG are people too.” Hearing this, G-Dragon asks, “If we’re not people, what else would we be?”

The host says, “Gods?” to which the rapper replies “It’s definitely not like that. The public may not know that we’re really just like regular men our age. Actually, our mental age might even be younger. We’re innocent people and I think that shows without filter in this documentary.” 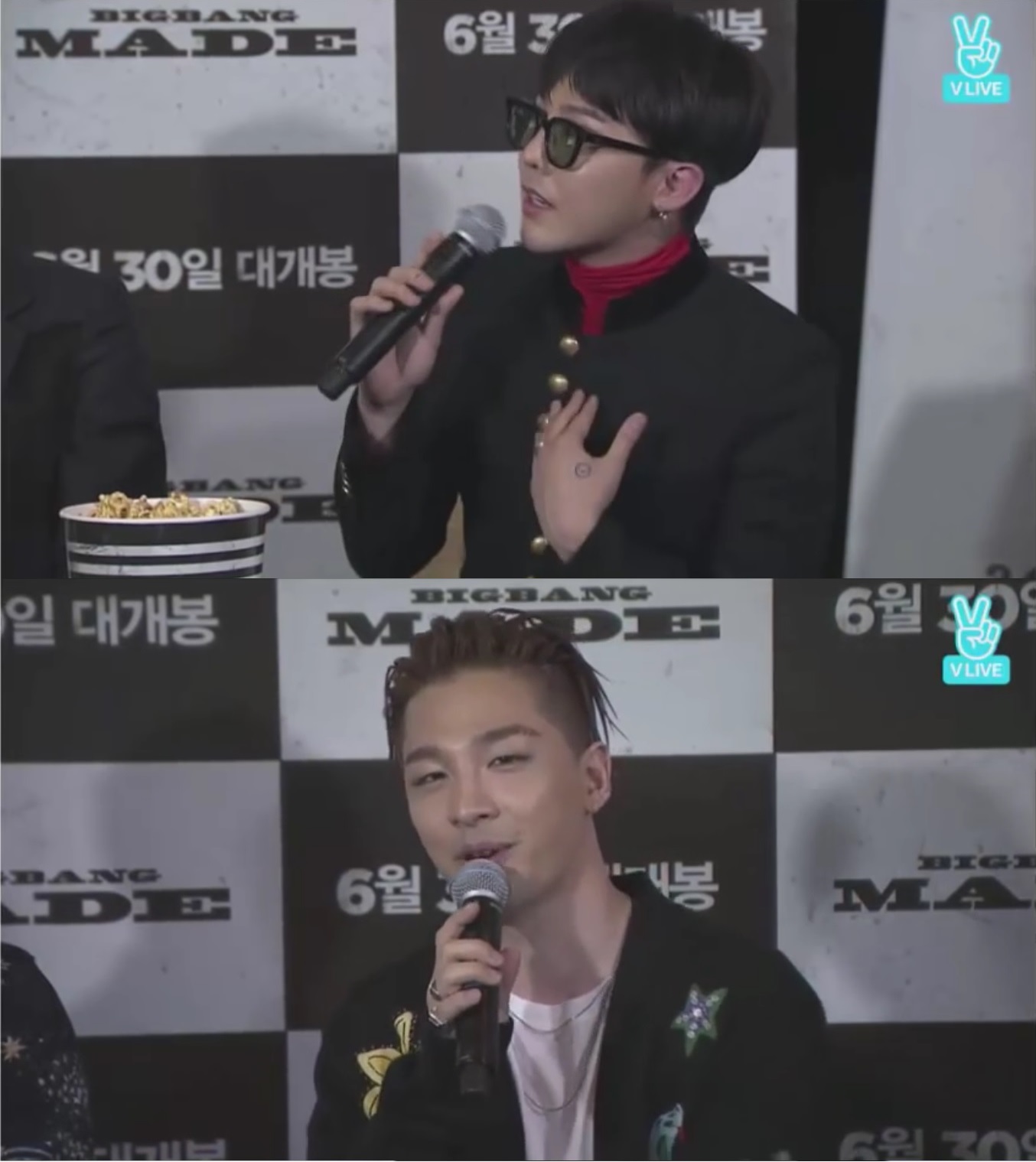 During the interview, Taeyang also quips, “Through this movie, you might think that we aren’t in our right minds.”

BIGBANG is set to release the documentary film “BIGBANG MADE” as the first of part of the commemoration project for their 10th year anniversary. The five men seemingly born to become BIGBANG will express their real thoughts and sentiments through “BIGBANG MADE,” which premieres on June 30 on CGV ScreenX cinemas around Korea.

BIGBANG
BIGBANG MADE
How does this article make you feel?