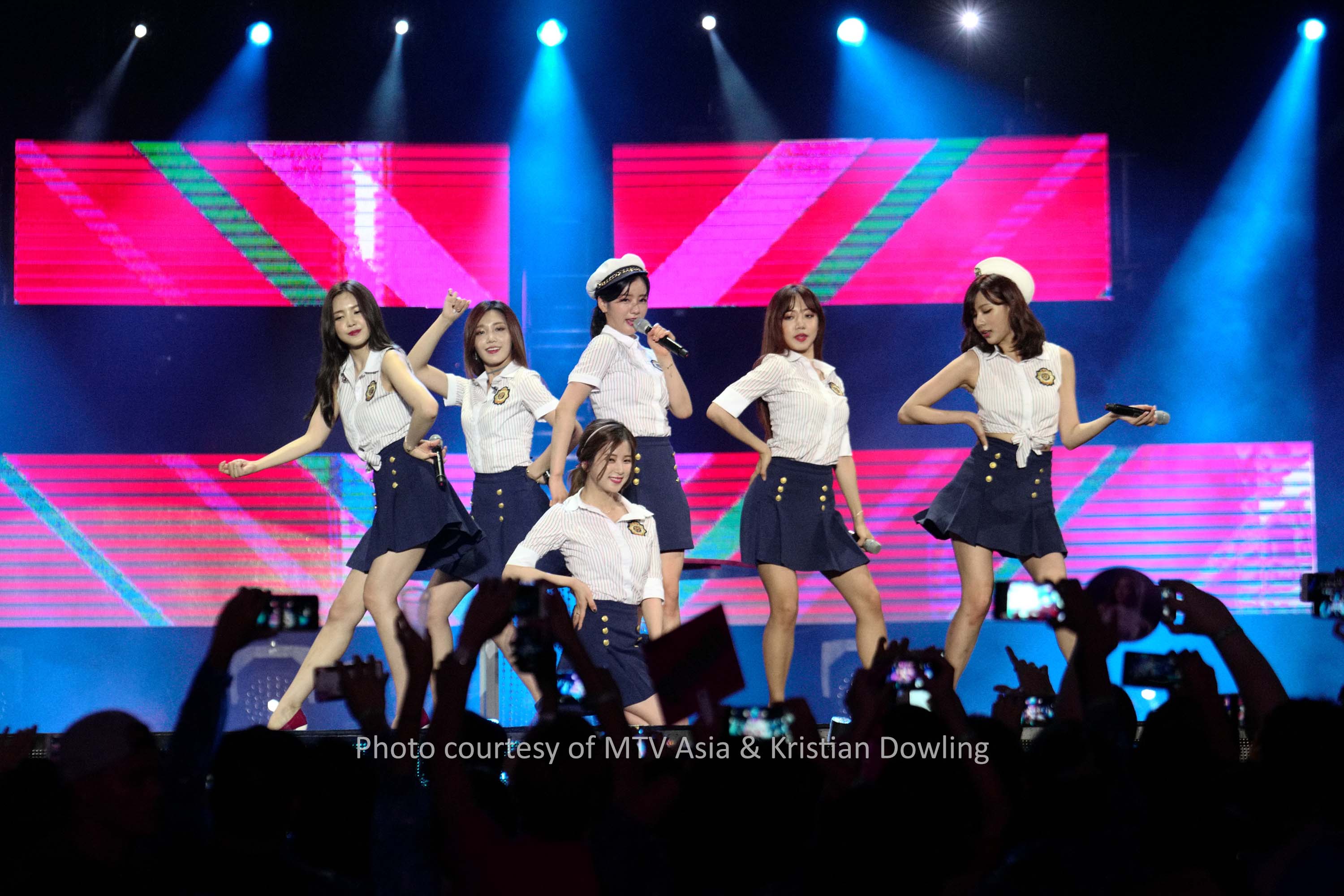 June 24 was definitely a night to remember for Manila thanks to the MTV Music Evolution 2016! With a mix of local and foreign artists who graced the event, the show was one for the books. Soompi favorite, A Pink was there, along with OneRepublic, Bebe Rexha, Far East Movement and local acts – Gary V and his son, Gab, James Reid and Nadine Lustre.

The Soompi team was at the event and it was a wild one! Here are the things we definitely loved about the show! 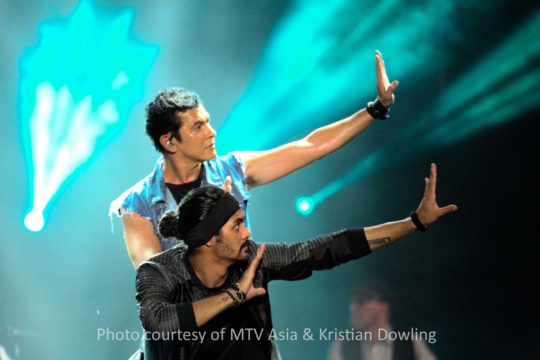 Father and son pair, Gary V and Gab, showed off some fantastic dance skills and they were so on point. We kid you not. They even danced in the rain which made it even better!

2. James Reid and Nadine Lustre introduced each other as “partners in crime.” 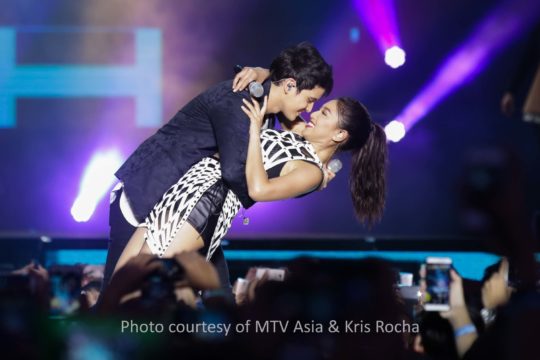 How cute is that? On screen and off screen couple, James Reid and Nadine Lustre (also popularly known in the Philippines together as “Jadine”) made the crowd swoon when they said they were partners in crime. Oh, and James also called Nadine the “love of his life.” More swooning and screaming ensued after. 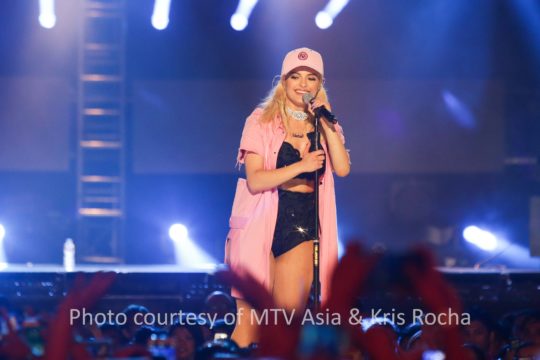 Quick story: Bebe Rexha co-wrote Eminem and Rihanna’s “Monster” which was released in 2013. During the show, Bebe Rexha shared that she likes to sing songs that she wrote which is why she sang this track. While the original version is great, we totally loved this version by the original songwriter.

4. OneRepublic had a live cellist playing with them while they performed “Secrets.” 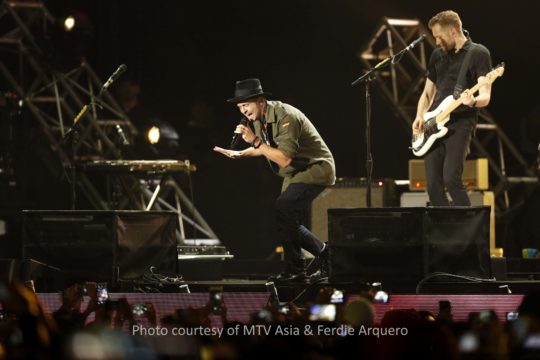 It’s not every show that you have a cellist play with a live band. A cellist was present on stage during “Secrets” and, honestly, it doesn’t get any cooler than that. Enough said. 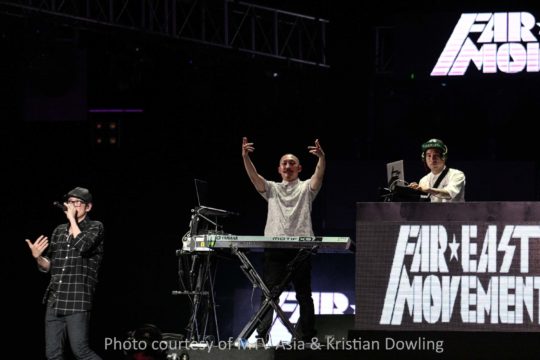 Far East Movement was lit! They had one sick set that riled up the audience with some of their popular hits like “Like a G6” and “Bang It To the Curb!” What made it even better? Member Prohgress did a quick crowd surf in the middle of the show. Definitely something you don’t see at Kpop concerts!

6. A Pink’s Bomi was spotted picking up fan gifts. 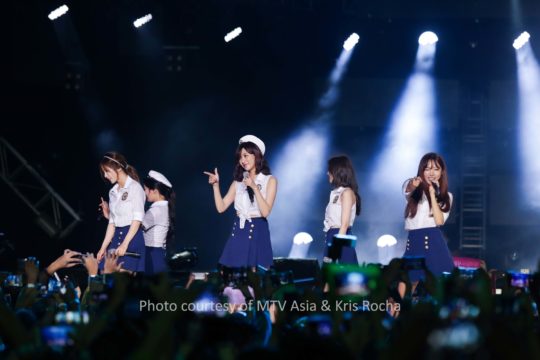 The girls of A Pink are natural darlings. They were totally cute and charming as they performed some of their popular hits including “NoNoNo,” “Remember,” “LUV” and “Mr.Chu.” Towards the end of their set, fans started throwing gifts at the stage. Bomi stopped to grab some of them to save after the show. How endearing.

There you go! A rundown of what we loved at the MTV Music Evolution 2016. Many thanks to our friends from MTV Asia for inviting us to cover the show and for the mosh pit passes we gave away! The Soompiers who were there had as much fun as we did.

To those who were there, what was your favorite moment during the show? Let us know in the comments!

Soompi Spotlight
concert recap
How does this article make you feel?