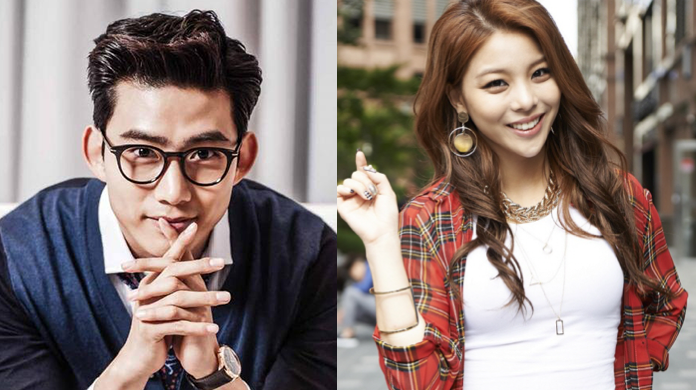 2PM member Taecyeon has taken to Twitter to give props to songstress Ailee for her epic a cappella performance at KCON NY!

Ailee took the stage at Prudential Center in New Jersey on Friday, June 24 for the first day of KCON NY 2016 performances, which must have been a huge moment for the young star, as she grew up in New Jersey. During a performance of her hit “Mind Your Own Business,” her music suddenly turned off.

Ever the pro, Ailee just kept on singing and dancing with a laugh, pulling off the rest of the chorus flawlessly without any backing music and thrilling the crowd.

On the evening of June 28, Taecyeon tweeted a link to a fan video of the performance, and writes as the caption, ”Damn girl you know how to do it~.”

Taecyeon will soon be starring opposite Kim So Hyun in the tvN drama “Let’s Fight Ghost” (working title), which will be premiering on July 11.

KCON 2016
2PM
Ailee
Taecyeon
How does this article make you feel?