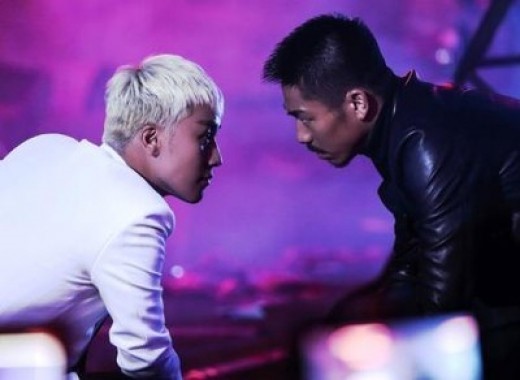 Japanese action film “High & Low The Movie,” through which BIGBANG’s Seungri is making his film debut, is premiering soon. The film is about the territorial battles between gangs, and the film stars popular Japanese group members from EXILE and Sandaime J Soul Brothers.

Seungri plays a Korean mob boss’s son, who is in command of the gang. His character is a cunning and cruel one, who, with Kohaku (a fighter played by EXILE’s Akira), works to dominate territories.

In an interview, Seungri says, laughing, “When I first told the BIGBANG members that I was doing this movie, they were all happy for me. But when they heard that I was playing a Korean mob member, they laughed.”

He said, “I had always wanted to do a film of this genre, and being able to play a villain for the first time was the best. However, I tried to portray the character as not inherently ‘evil,’ but as someone with a story. It was a very attractive character, and I had a great time working with the members of EXILE.”