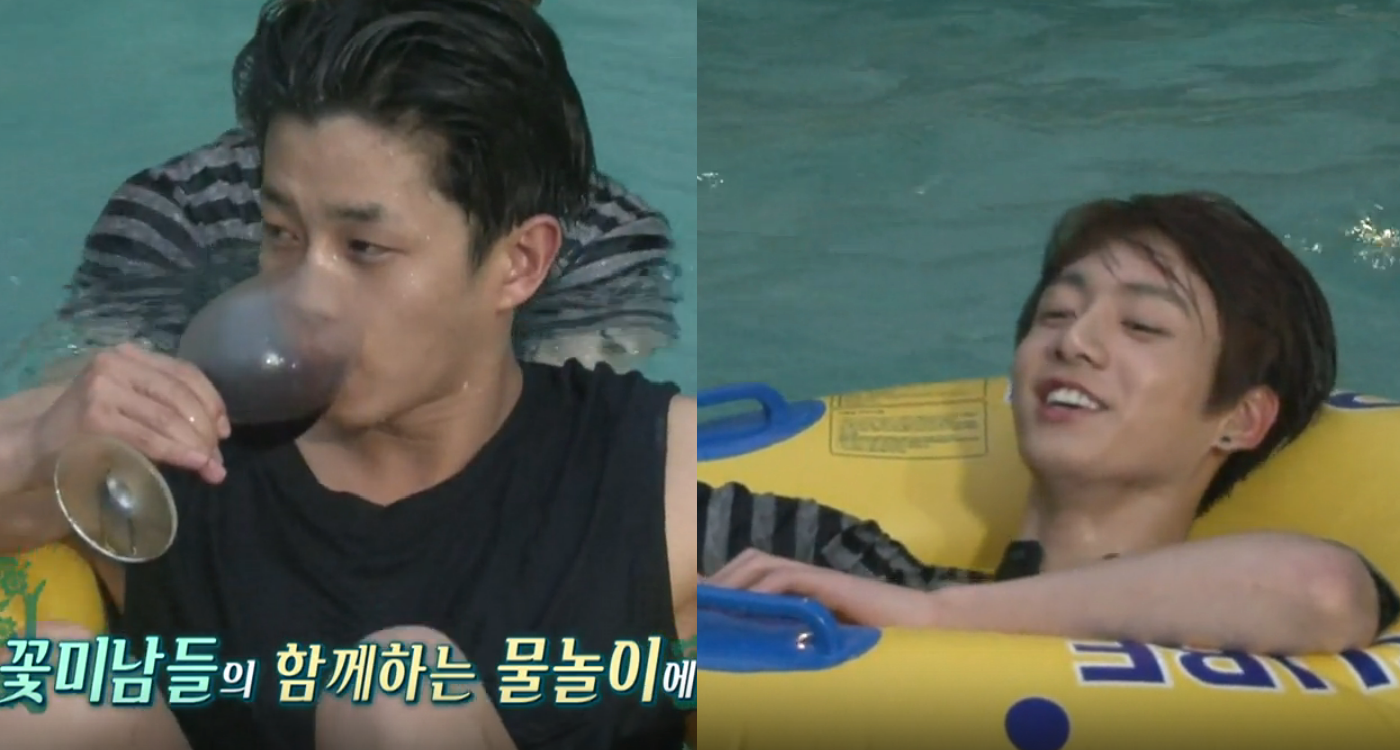 Watch: BTS’s Jungkook And Kim Min Suk Beat The Heat By Taking A Dip In The Pool In “Flower Crew” Teaser

With the premiere of SBS’s new travel reality show “Flower Crew” approaching, the network has shared a new teaser video featuring clips from the guys’ trip!

In a new teaser released on June 29, we get to see more glimpses of their travels, including scenes of BTS’s Jungkook and actor Kim Min Suk as they relax in a pool and then a hot tub. Kim Min Suk is so chilled out he even brings a glass of wine with him into the pool as he floats in a tube, and Jungkook says he wants to just fall asleep in the hot tub. 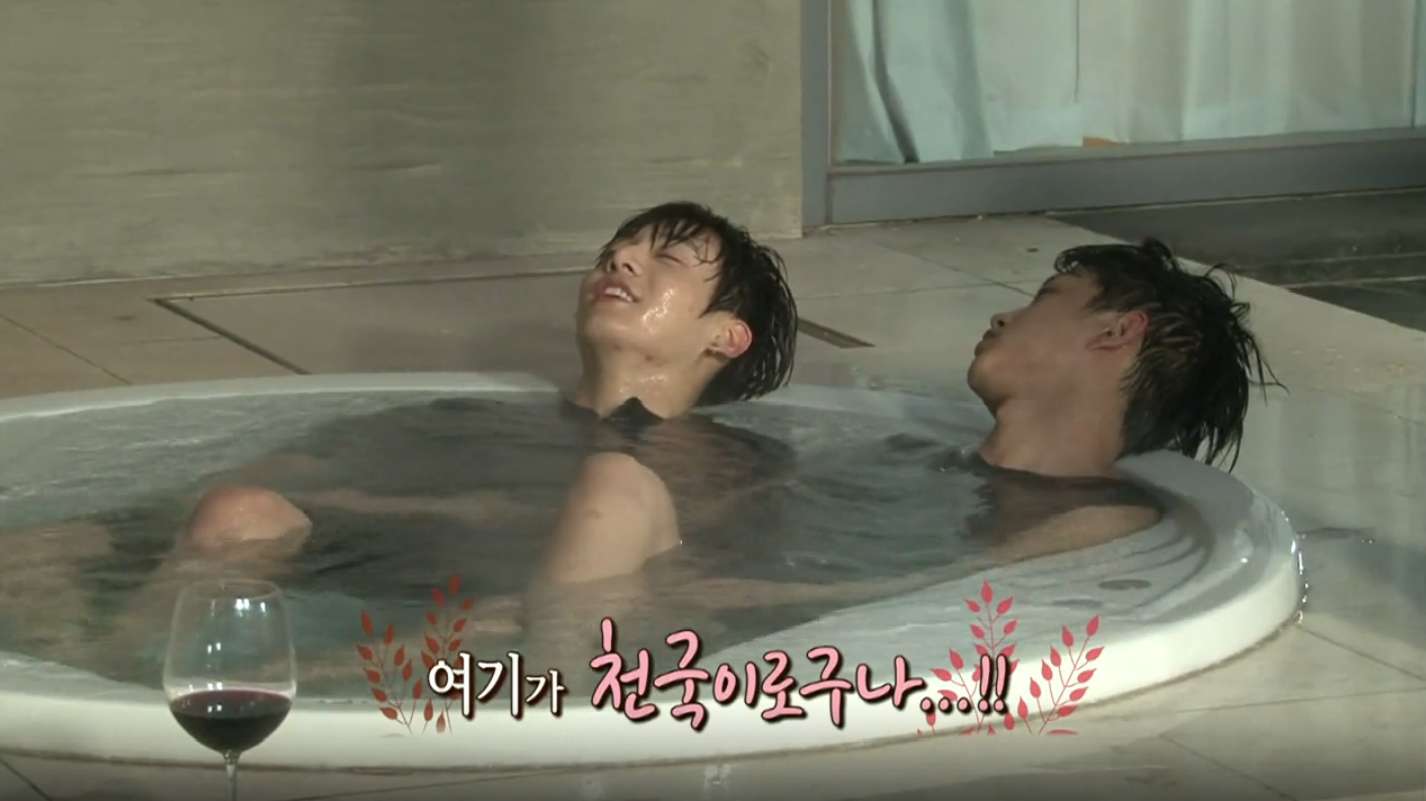 “Flower Crew” was previously surrounded by controversy due to the treatment of Jungkook and Kim Min Suk by other members during live broadcasts in which viewers voted to determine what the guys would do on their trip. The show has yet to announce its premiere date.

Are you looking forward to watching “Flower Crew”?