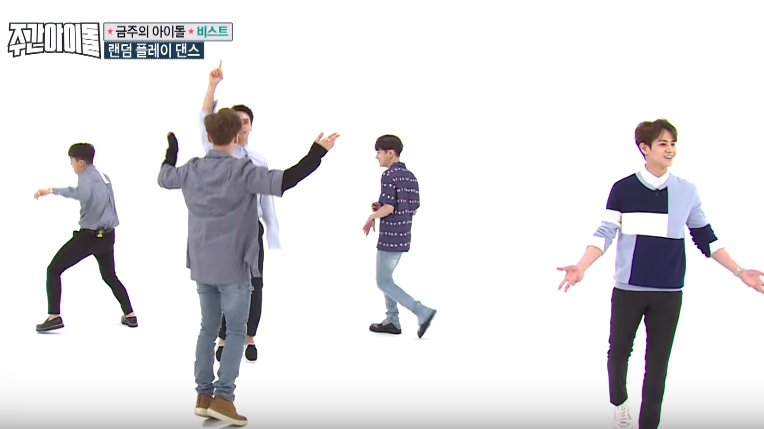 On the June 29 episode of MBC Every1’s “Weekly Idol,” boy group BEAST appears as a guest.

During the “Random Play Dance” corner, the members are able to get the choreo down for some songs, but when in doubt, they just break out in freestyle dancing.

Yoseob reverts to the same hand gestures while Yoon Doo Joon goes to the back wall and busts out his infamous butt dance.

When the MCs ask Yoon Doo Joon if he really shakes his butt like that on stage, Yoseob insists that he does and tells them they’ll find plenty of footage online.

BEAST dropped pre-release track “Butterfly” on June 27 (KST) ahead of their official comeback with their third studio album “Highlight,” which is slated for release on July 4.

Support the artist by buying Highlight from YesAsia
BEAST
Weekly Idol
Yoon Doo Joon
Yang Yoseob
How does this article make you feel?