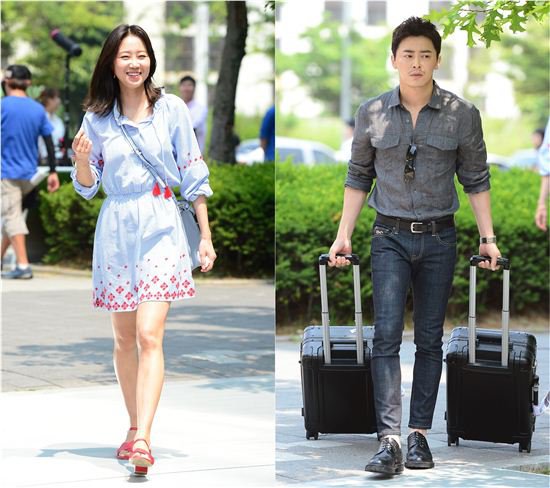 “Incarnation of Envy” has released behind-the-scenes photos of Jo Jung Suk and Gong Hyo Jin on the first day of filming.

These photos were taken in mid-June during their way to SBS, which will be the filming site of the drama.

According to reports, Jo Jung Suk made his character come to life and Gong Hyo Jin kept a bright smile during the hard filming and captured everyone’s attention. 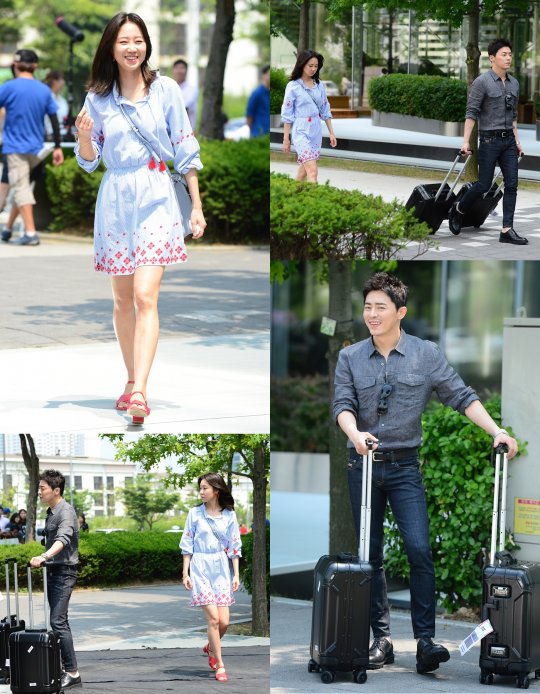 An affiliate of the drama stated, “The first day of filming for ‘Incarnation of Envy’ was very hot, but the heat rose even more with Gong Hyo Jin and Jo Jung Suk’s acting skills. The two made the streets look like a runway. Please look forward to their unpredictable journey as a weather forecaster and a reporter.”

Meanwhile, this drama is about the relationship between an announcer and a weather forecaster inside a broadcasting studio. It will air in mid-August.