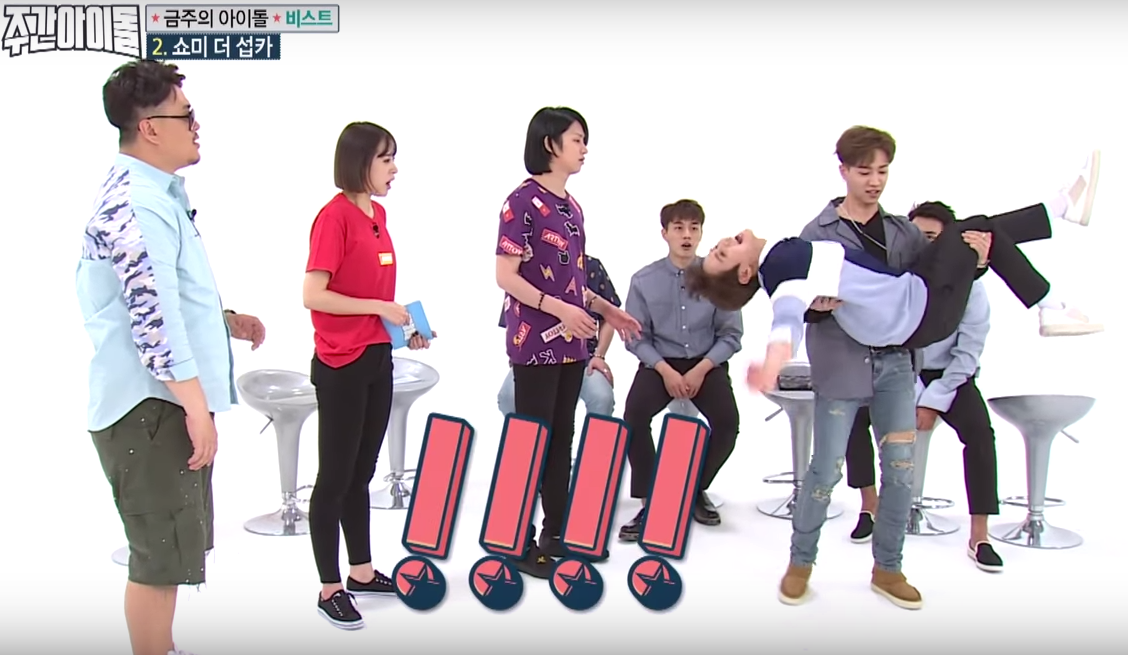 Watch: BEAST Tries To Prove Their Strength While Carrying Yoseob Like A Princess

Having appeared on the show numerous times already, BEAST is downright hilarious when they must complete an unique mission during another guest appearance on the June 29 episode of “Weekly Idol.”

After another attempt at “Random Play Dance,” the five members participate in a new corner of the show, where they will end up personally buying each other gifts based on the outcome of the games. Each member takes turn being the “cardholder,” and the rest of the members must win the corresponding game to win a prize from the cardholding member.

When it’s Yoseob’s turn to be the member who must buy a gift, the other members are tasked with taking turns carrying him like a princess. The catch is that whoever manages to sit down and stand back up the most will be the winner, and therefore will receive a gift of their choice from Yoseob. 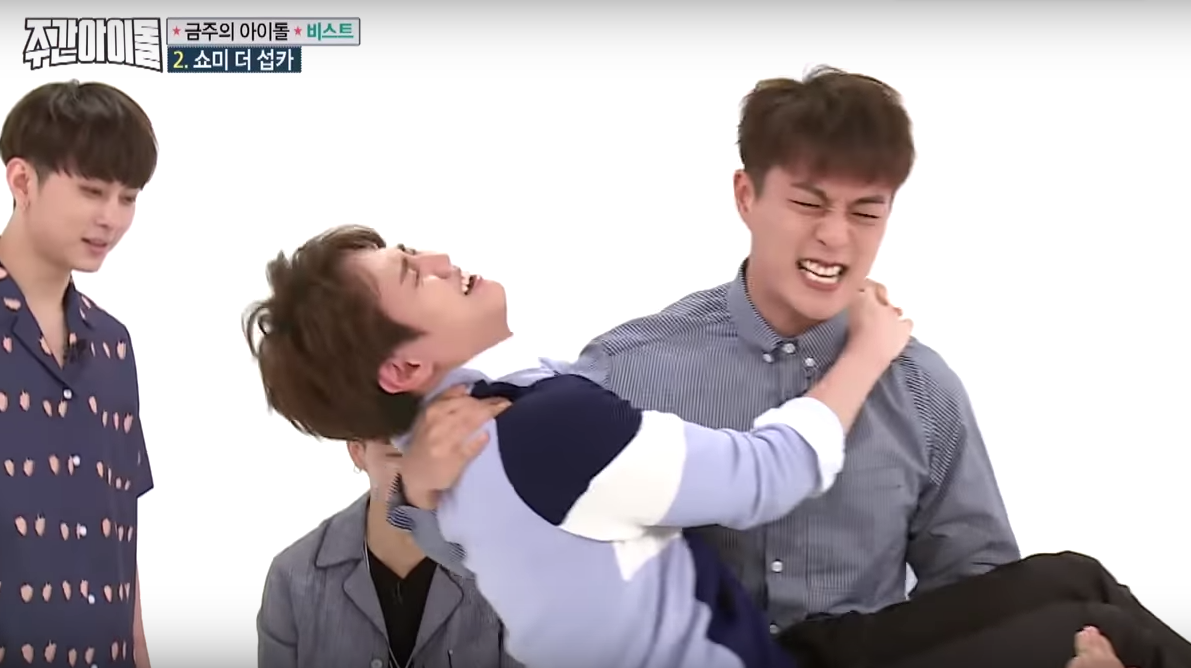 As expected, chaos ensues as they go one by one, starting off with the youngest Dongwoon, who jokes and says he could keep on going until they finish filming. The game continues with Junhyung and Doojoon trying their best, but not without consequence to Yoseob, who’s also having difficulty being carried. 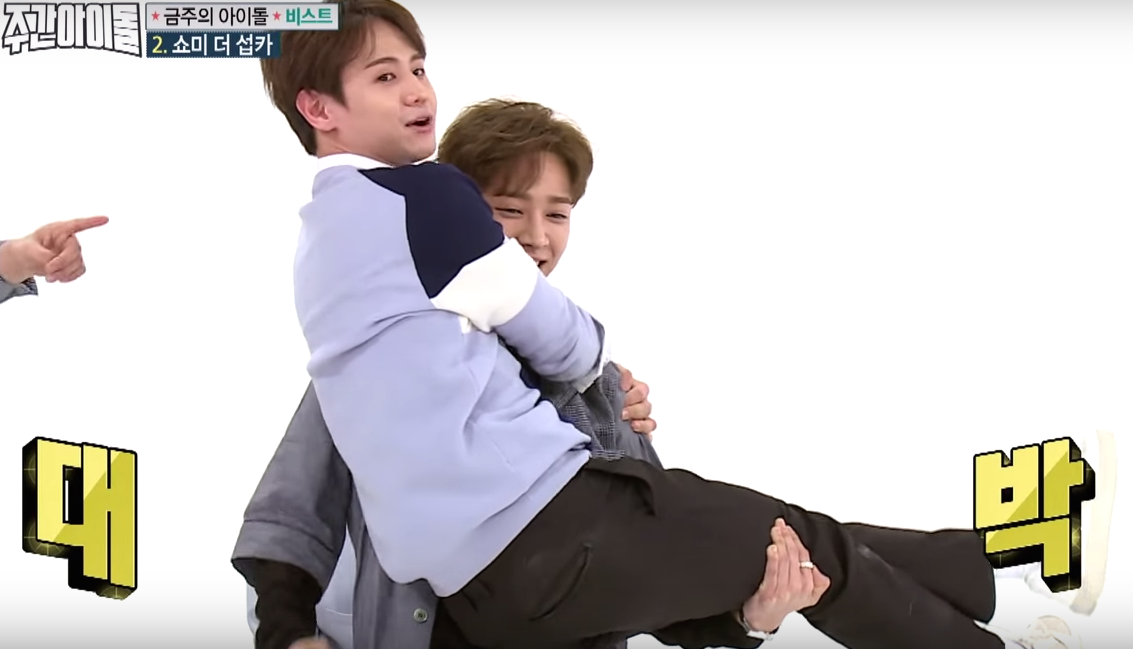 Kikwang is the last one, and swears he can complete the challenge with only one arm, since Yoseob will be clinging on to him regardless. True to his word, he succeeds, but not without his fellow member feeling most of the pain.

Watch their painstaking yet hilarious efforts below!

BEAST
Weekly Idol
How does this article make you feel?