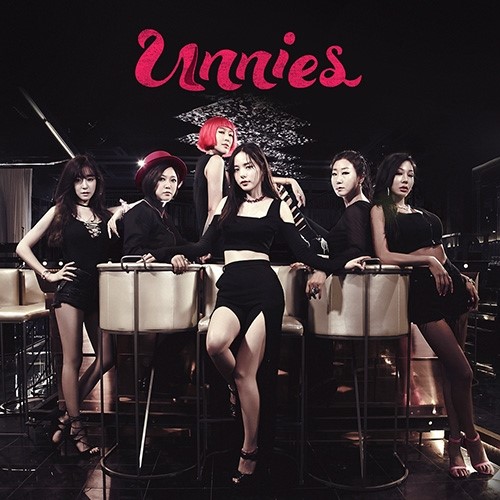 “Sister’s Slam Dunk” is getting ready to officially reveal their girl group project “Unnies.” Their single, “Shut Up,” is scheduled to drop on June 30.

The KBS variety program “Sister’s Slam Dunk” has been taking No. 1 in viewership ratings every Friday night in its time slot for the past three weeks. The cast are currently in the midst of fulfilling Min Hyo Rin’s dream of becoming a girl group member.

Unnies has enlisted the help of A-list producers such as Park Jin Young, Yoo Gun Hyung, and Yoo Hee Yeol. The music video teaser is scheduled to drop at the same time as the digital single.

The jacket image, which was unveiled on June 30, shows the six members looking sexy in black with Min Hyo Rin up front and center.

Unnies will be performing their debut stage on “Music Bank” on July 1 at 5 p.m. KST. Meanwhile, “Sister’s Slam Dunk” airs every Friday at 11 p.m. KST.