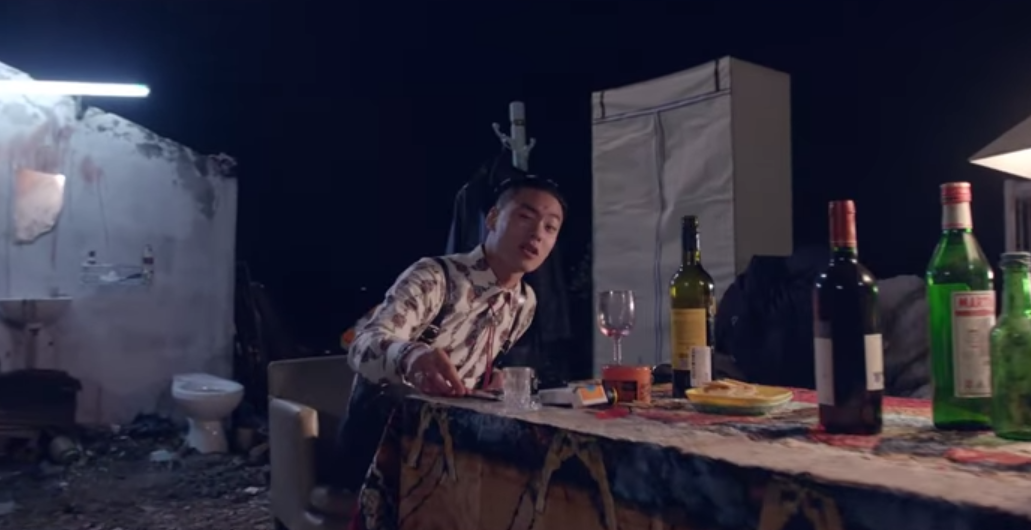 Rapper Iron recently made a sharp return on June 30 with his new track “System.” In his return after one year, Iron has a lot to say about the state of things: “I was dead to the world, one year in a corner of my room… Police and reporters that take bribes. Written lists. Their political affairs. Timed bombs… The masses manipulated by scandals.”

He also takes some punches at BIGBANG’s G-Dragon and T.O.P. He says in “System,” “I take responsibility for my actions like a man. But my thoughts on weed will never change. When reporters hear this they’ll associate me with some lowlife. That XX shaved his hair and I grew mine […] GD cheating on a fan and pretending he was dumped. Convert to acting instead of rap eunuch T.O.P.”

The lyrics continue: “It’s time. Height like Justin Bieber. The smell of skate gives me more goosebumps than Clara. I’ll make a prediction. You’ll be used and thrown away like Se7en. Bang. I feel a kick like a Kiko.”

Iron refers to all the press surrounding his marijuana scandal, and disses G-Dragon, who received a suspension of indictment for marijuana use in 2011. Suspicion at the time had been that G-Dragon shaved his head because of drug tests, although the prosecutor’s office stated that G-Dragon shaved his head two months after the case was already closed.

Iron
G-Dragon
How does this article make you feel?