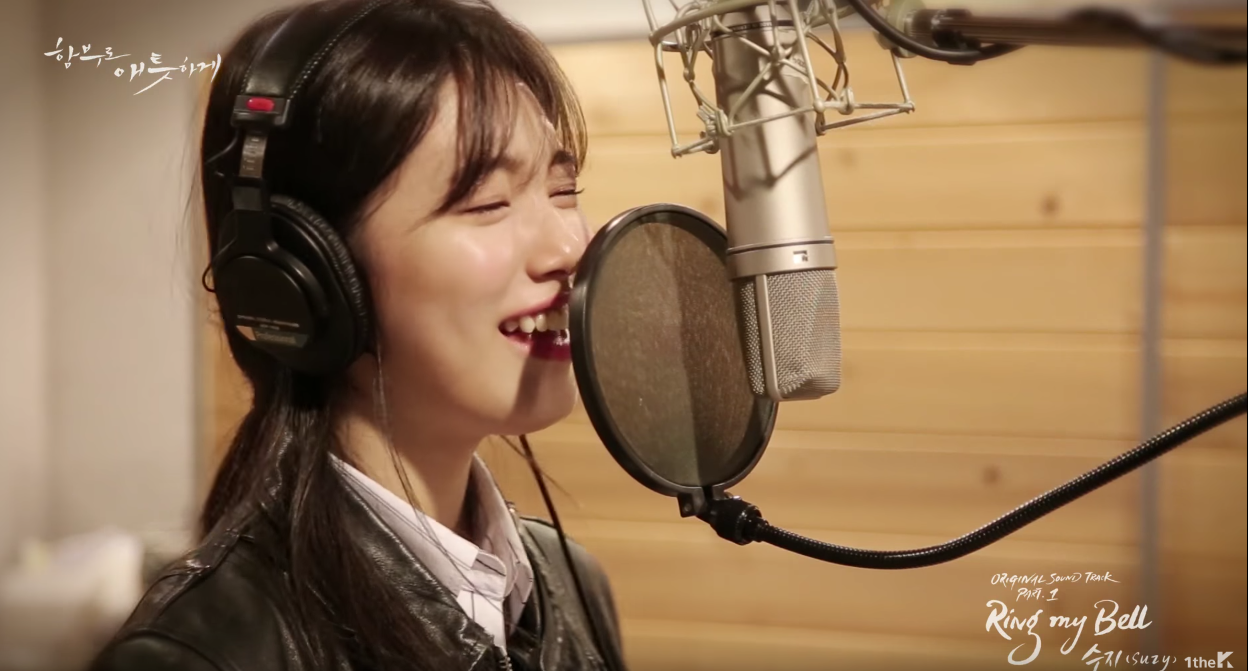 It looks like Suzy will not only be lending her acting skills but also her singing skills to upcoming KBS drama “Uncontrollably Fond.”

Entitled “Ring My Bell,” the recently released OST music video includes footage of Suzy in the recording booth as well as scenes from the drama that give viewers a good sense of what to look forward to.

Suzy will be starring alongside actor Kim Woo Bin in “Uncontrollably Fond.” The first episode is scheduled to air on KBS on July 6 at 10 p.m. KST. In the meantime, check out the various video teasers and other promo materials that the drama has released in anticipation of the premiere.

Will you be tuning into “Uncontrollably Fond”?

Suzy
Uncontrollably Fond
Kim Woo Bin
miss A
How does this article make you feel?