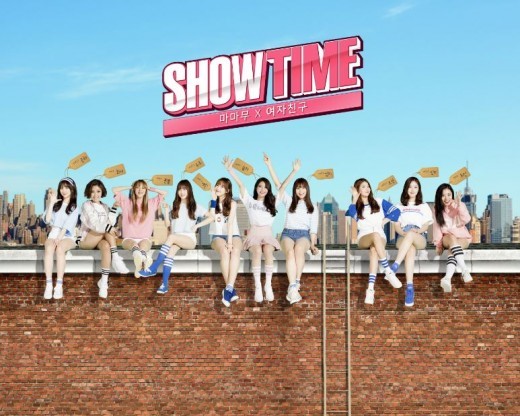 Girl groups MAMAMOO and GFRIEND are joining forces for the new season of “Showtime!”

On July 1, MBC Every1 revealed a poster for the upcoming season. The two girl groups are mingling on a backdrop of a brick wall, with the four members of MAMAMOO dressed in pink and the six members of GFRIEND dressed in blue.

MAMAMOO debuted in 2014 while GFRIEND debuted in 2015. The show aims to show off both groups’ daily lives as well as their individual charms. Other groups that participated in “Showtime” in past seasons have been EXO, BEAST, A Pink, SISTAR, EXID and INFINITE.

The first episode of MAMAMOO X GFRIEND’s “Showtime” will air on July 7 at 6 p.m. KST.

*A previous version of this article omitted INFINITE as one of the previous groups on “Showtime.”