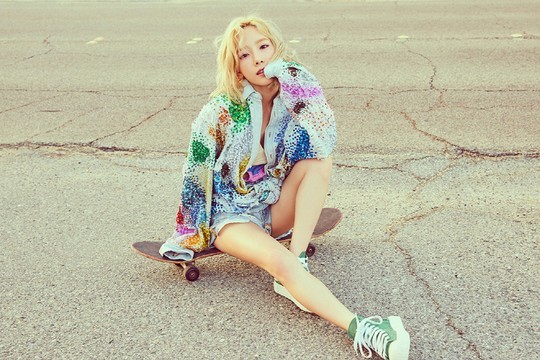 Taeyeon’s first solo comeback is off the charts! (Figuratively speaking.)

Her second mini-album “Why” dropped on June 28 and has currently risen to No. 1 on live and weekly album sales charts such as Hanteo and Synnara Records.

She took No. 1 on all domestic singles charts shortly after the album’s release with the title track “Why” and she has risen to new heights on the iTunes charts all over the world as well.

In comparison to her first solo album, “I,” “Why” contained more songs (seven) as well as featuring artists such as Dean and Girls’ Generation’s Hyoyeon.

Taeyeon is scheduled to make her first music show appearance for her comeback on July 1 on “Music Bank,” followed by appearances on “Show Music Core” and “Inkigayo” on July 2 and 3 respectively.

Support the artist by buying Why from YesAsia